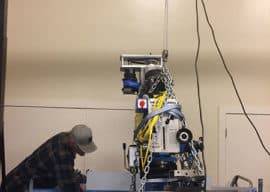 We’ve been so busy lately with one project after the other here at CNCCookbook, but it has been a lot of fun. The latest news is we’ve taken delivery on a brand new Tormach PCNC 1100 Mill with all the trimmings–Tool Changer, Full Enclosure, Spindle Speeder, and a bunch of other goodies.

That also meant bidding farewell to our trusty Industrial Hobbies CNC Mill, which we converted to CNC, filled with epoxy granite, built a full flood enclosure, and made innumerable changes to over the course of the many years we’ve owned it. It was a great machine, but the Tormach is a better one in the end of the day. The work envelope is a touch smaller, but the spindle is much better and it is saving me the work of having to build a toolchanger.

We’ll have a lot more to say about the Tormach over time, but suffice to say I had been around them quite a lot over at the local Tormach dealer, Santa Cruz Electronics, and come to appreciate their capabilities. I get to work with a variety of machines around the Bay Area thanks to the generosity of a number of friends, but the machine in your own workshop will be the one you spend the most time on. Nice to be able to upgrade that.  Tormach has taken to referring to their mills as “Prosumer,” and I think it’s a great term for their products.  It’s been used in other areas like digital cameras, but it basic means good enough for professional use (albeit not at the highest possible levels) and priced at a value point that more dedicated hobbyists can afford.  I’ve certainly talked to a lot of folks who have started very successful businesses manufacturing parts with the Tormach machines and they have no regrets whatsoever at having started there.

There’s still quite a lot of work to be done to get it all set up and accessories installed, but the difficult rigging part of the job is done. Here are a few photos of the move in: 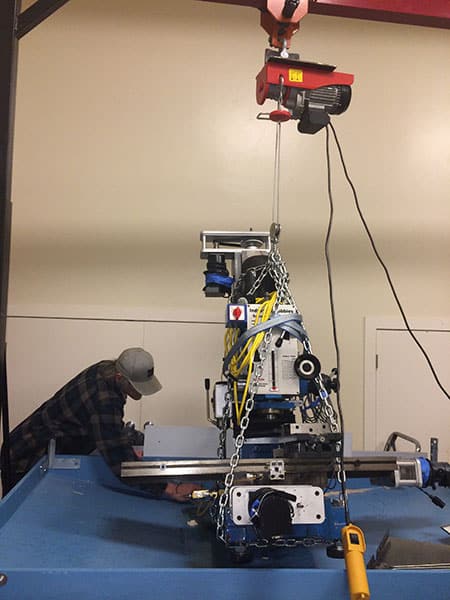 My brother and I first had to disassemble the IH Mill and get it ready to travel.  Fortunately, my gantry crane made this pretty straightforward.  The mill now resides with my brother so I’ll get to see it from time to time.  He’s got some interesting plans for it that we’ll try to write about. 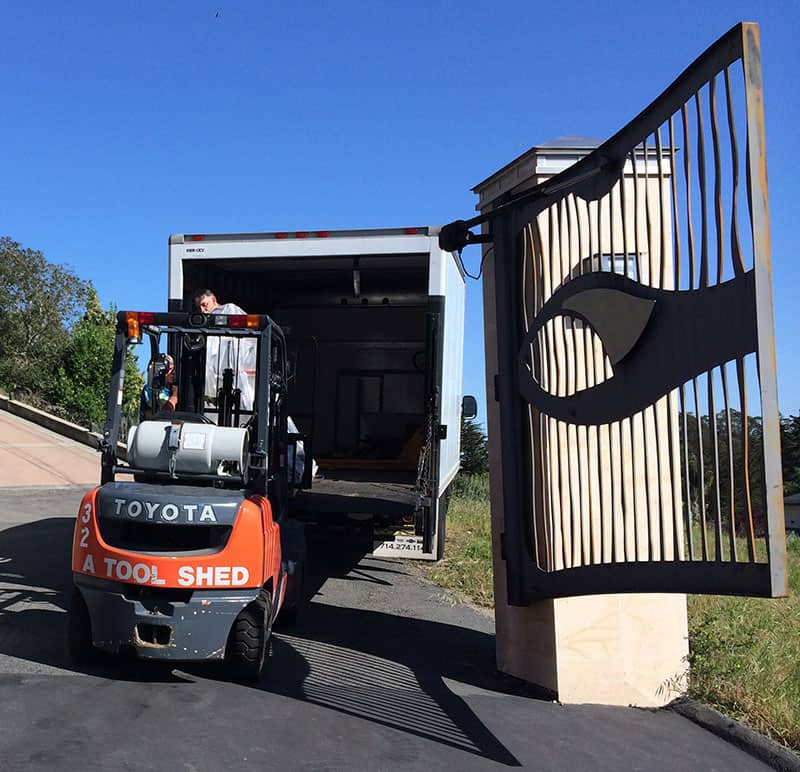 Unloading the Tormach from the Santa Cruz Electronics box truck.  That’s John Bower (owner of SCE) barely visible in the truck.  The Tormach and all of its accessories filled about 40% of the Box Truck.  Quite a few treasures there! 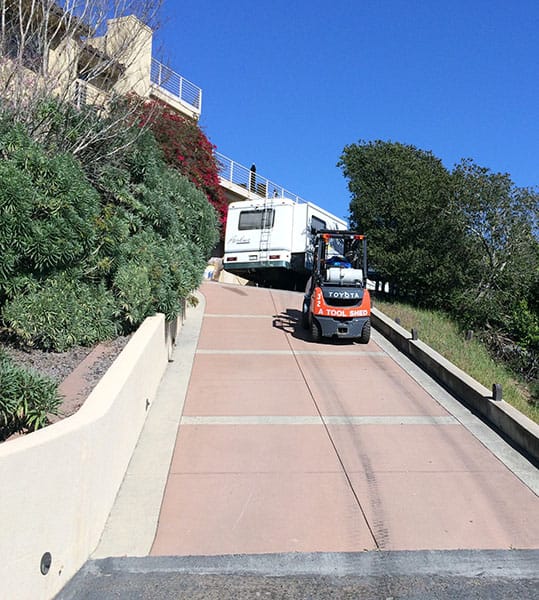 Access was way too tight for the Box Truck, so we rented a forklift to take the mill up the hill.  The forklift had some modest traction issues, but we got it done without too much drama.  Forklifts are fairly cheap to rent and very handy things to have around! 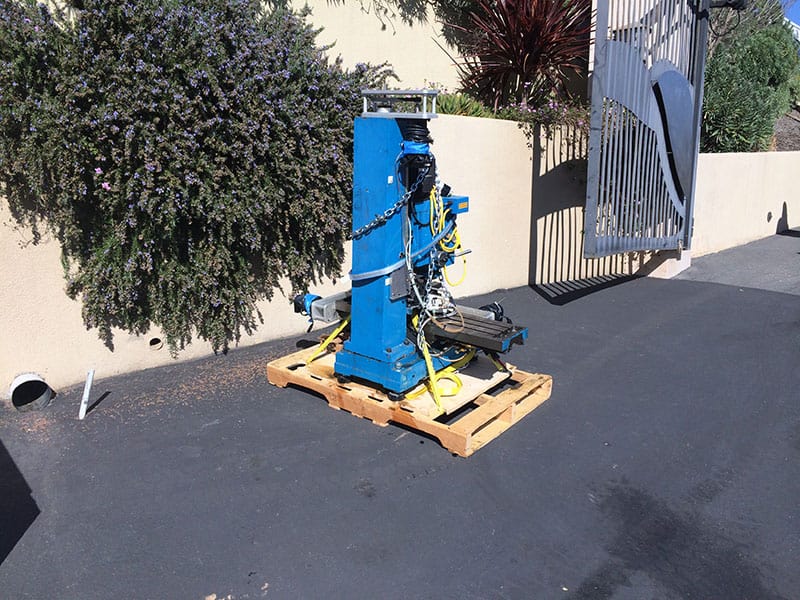 And here’s the IH Mill, bolted to a pallet and ready to be trucked over to my brother’s workshop.  Adios amigo, you’ve been a loyal old friend!

We’ll have more on the Tormach over time as we it set up.  We’ve also got a Tormach Slant Bed Lathe that needs to be written about more too.  The turret is all aligned and mostly tooled up.  I have a couple more goodies to put on, then the enclosure and it’ll be fully operational, so I’ll try to write about all that too.

I’ve got a pretty good backlog of projects to tackle with the Tormach Twins and I’ve been using both Fusion 360 and OnShape to design the first one so I can get a good idea of how the two compare.  I’ll write more about that soon, but so far they each have their strengths and weaknesses.  Both are also very much capable of doing the job on these initial simple parts too.  I am quite pleased with them.