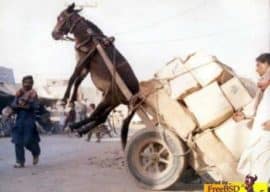 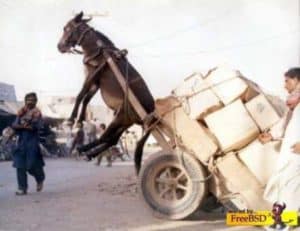 It takes a complex bunch of math to properly calculate Feeds and Speeds under all conditions and to get anywhere close to good answers.  There is a whole lot more to it than the basic equations everyone learns that claim to relate surface speed, chip load, rpms, feedrates and the like.  Unfortunately, those equations work reasonably well for manual machining (though you can still do much better with proper calculations), but they can be way off for typical CNC operations.  When I first started out, I was using an Excel spreadsheet to keep up with it all.  Every time I learned something new, perhaps from an article via a tooling manufacturer, I’d add that information to the spreadsheet.  Pretty soon it was a honking complicated mess and I still wasn’t done.  In fact, I started to get into problems were there was no fixed formula that gave an answer.  These types of problems had to be solved by iterative methods.  That means you plug in some guesses, see the result, and try again until you get the right inputs to give the answer you seek.  Spreadsheets call this Goal Seeking, and they can do a little bit of it, but not enough.  Thus was born G-Wizard Calculator, which has all sorts of iterative solving, complex math, and which winds up calculating and consulting over 50 different variables before arriving at a result.

As a user, it’s great to have G-Wizard’s machinery working out all those 50 variables on your behalf–at least that way you don’t have to.  It’s elegant and powerful.  But, anything that involves 50 variables and non-linear iterative problem solving is going to occasionally present you with an answer that’s hard to understand.  That’s what I want to talk about today.

There are cases where GW Calculator will tell you it needs your spindle to run more slowly than it can or when it needs feedrates that are faster than your machine will deliver.  It signals these problems by turning various parameters orange (to signal you to stop and figure out why they’re orange if you don’t already know) and through various messages.  It’s important that you don’t just ignore the orange and the messages–they’re there for a reason.  For example, if you allow the chip load to fall too far below the recommended chip load for the cut, perhaps by running too low a feedrate, G-Wizard warns that your cutter will start to rub.  That’s a condition that will dull a cutter pretty quickly.

What I want to write about here is the strategies you can use to work around these roadblocks.  BTW, a lot of these problems happen because DIY CNC machines often use the parts that are available without checking too carefully whether their operating ranges match up well with the projects their owners want to tackle.

What to do if your spindle won’t run slowly enough

This is a problem I hear frequently from the CNC Router crowd.  They’re often running very high speed spindles and those spindles often can’t be slowed down to ideal cutting speeds once we move away from wood and try to cut various harder materials.  There are two good strategies you can employ to get the recommended rpms to go back up into the operating range of your spindle:

1.  Use a cutter that can take more rpms.  If you’re not already, switch from HSS to Carbide.  If you’re using Carbide, get cutters with better coatings that can run faster.  You can run TiAlN and similar modern coatings ridiculously fast.

2.  Use a smaller diameter cutter.  The smaller the cutter, the faster it must be spun for a given surface speed.  That’s why manufacturers specify a surface speed instead of an rpm in many cases–because it applies to all diameters.  So, if you can’t spin slow enough for conditions, try using a smaller diameter cutter.  In the end you can do most anything you could with a larger diameter, it just may take a little longer.

Those are the two best strategies for not being able to slow down your rpms enough.

What to do if your feedrates aren’t fast enough

In some ways, this problem of not being able to feed fast enough is related to having a spindle that won’t run slowly enough.  It’s made worse when cutting soft materials that allow large chip loads.  Therefore, this is also a problem most often seen by the CNC Router crowd.  Here is what you can do:

1.  Slow down the spindle rpm.  As mentioned, there will be limits to this, but in general, if you have maxed out the feedrate, slowing down spindle rpm can reduce the required feedrate to avoid rubbing.

2.  Reduce the number of flutes on the cutter.  Fewer flutes means you can move through the material as fast because an individual flute has nearly the same chip load regardless of the overall number of flutes.  There are exceptions in sticky materials that may benefit from fewer flutes, but ignore that for the time being.  Use a single flute cutter if you have to, but you can get the feedrates way down.  Going from a 4 flute to a single flute means 1/4 the feedrate, in fact.

3.  Try a smaller cutter.  Smaller cutters have lower chip loads and will also slow the feedrate way down.

G-Wizard will try to do all this for you

G-Wizard Calculator will try to find the best mix of parameters within the limits you set, but it can’t change those limits.  It won’t for example, suddenly change your 4 flute selection to a single flute.  But, now you know how to get around the limitations of machine, tooling, and materials using these strategies.