I love my Lathemaster 9×30 lathe, but it lacks several useful things in the gearing department. Changing speeds required changing belt positions until I finished my variable speed DC motor mod. There is no tumbler reverse, and fabricating one is difficult given the way the gear train works. Meanwhile, if I want to reverse the leadscrew, I have to manually insert a reversing gear and move one of the other gears to mesh with it–not a simple operation. Cutting threads is even harder. There is no quickchange gearbox, just a stack of gears that need to be bolted to the banjo in various arcane configurations. I’m a computer guy, and it seems to me this can all be fixed with some appropriate computer technology–an e-leadscrew. At the same time there are certain operations that are just plain laborious (when you have to turn off a LOT of stock to reach a desired diameter), and certain others that are difficult (cutting a precise taper, for example) or cutting threads.

CNC can fix the labor and difficulty issues, but many worry it comes at the expense of spontaneity. You have to interact with g-codes, CAD drawings, and all that. I just want to make parts, and I will often start with a back of napkin drawing at best. This lack of precision and specificity is anathema to the CNC world. It is no surprise that a lot of sophisticated CNC operations keep some manual machines in the toolroom for one-off jobs.

But there are answers to the lack of spontaneity problem. There are commercial lathes available that try to fit this bill. They give the operator manual controls that include even handwheels. It’s just that the handwheels are now electronic encoders rather than actually driving leadscrews: 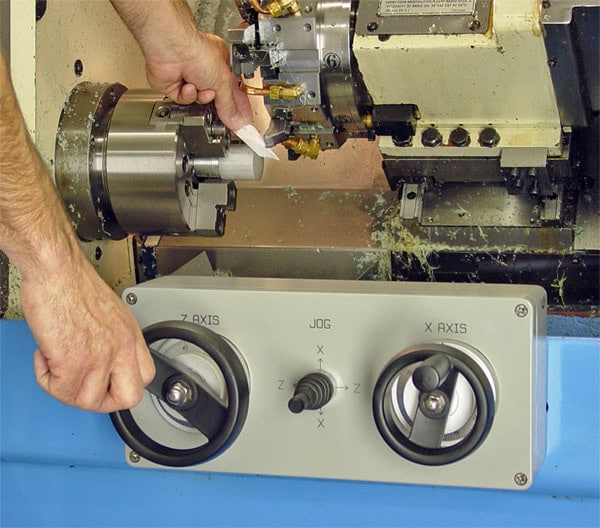 CNC with Handwheels and Joystick…

The CNC people call the handwheels “manual pulse generators” or MPG’s. I’ll be looking into the whole idea of MPG’s as well as seeing what the current crop of CNC software offers to the manual machinist who wants to make one-offs. Having a set of wizards to make it easy to do simple operations without CADCAM is called “Conversational CNC”, and it works well too.

I will also point out that good CAD/CAM software is amazingly fast to go from a drawing to g-codes. I find I like having a drawing available for what I’m doing, and once I having a drawing, that’s most of the way to being able to lay hands on the g-codes. Maybe this CNC stuff can be pretty spontaneous after all!

The CNC angle is complex and comes with a steep learning curve. Because of that I started with much less ambitious plans than to create a CNC lathe. At first, I only wanted a literal replacement for the gearbox I was missing, so I started circulating the idea for an electronic leadscrew to see if anyone else was thinking like me. There was considerable response to my various posts on different Yahoo Groups boards. The CNC crowd, of course, didn’t see the point. Their view was that it would involve most of the work needed for “real CNC”, so why not finish the job? In fact, these sorts of discussions became quite acrimonious, to the point where some felt it was time to branch off the discussion from the CNC boards and have a place just for the discussion of the “pure” E-Leadscrew” approach. This strong cadre started the Yahoo E-Leadscrew Group to discuss ideas and maybe even create a prototype.

Picture losing the gear train that drives the leadscrew and replacing it with a stepper motor directly driving the leadscrew. Imagine a little box similar in size to the Shumatech DRO. Perhaps there’s even a way to connect that stepper to the DRO and with the right software for its microcontroller, to do just what I need. Now picture the following controls on the box:

– Forward/Reverse/Neutral: Determines what direction to drive the stepper or shuts it off altogether. A software tumbler reverse!

– A knob rheostat that allows you to continuously vary the leadscrew speed when using it as a power feed on turning and boring. Nifty!

– A menu of all standard thread sizes both English and Metric. Select one and you leadscrew magically operates at the correct speed to produce that thread. You still have to use the thread counter to synchronize, as well as locking or unlocking the half nut, but this is easy stuff with a little practice.

You would now have total control of your lathe with the relatively easy task of mounting a surplus stepper motor and driving it from the magic e-leadscrew box. That’s a lot of my dream come true!

I will hasten to point out that I am not the first to suggest these ideas. These discussions break out periodically on the boards. I do believe this is the first time it has resulted in people working together on the project, which is nice. The earliest effort in this area was built by a German engineer who used phase locked loop technology to create an e-leadscrew. I think the whole thing can be done even more simply with a PIC-style microcontroller such as what the Shumatech DRO uses, and this is the approach with the largest following on the E-Leadscrew group. Another fellow has built an electronic gear train for a gear hobbing application, which just goes to show this idea may have a lot of uses for machine tools.

The Yahoo E-Leadscrew Group has made tremendous progress and may wind up realizing an actual device. There are at least two competing approaches, and one fellow has built a very complete prototype and demonstrated that it works on his Gingery lathe.

Since having cross pollinated the idea on these various boards, I’ve been pursuing the dream myself in several ways. First, I designed a mock panel for an e-leadscrew appliance capable of controlling 2 axes and providing considerably more functionality than the group is currently talking about. This would result in a “conversational CNC” appliance: 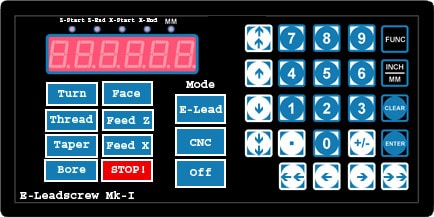 The design intentionally mimics the Shumatech DRO and is intended to be used alongside one. It would be an ambitious, but not impossible project to create this device. I think it is probably very similar to the effort needed to create the Shumatech itself, and I would think it would have similar complexity and cost. By all means click on the links to get a feel for how far this idea could be taken. I don’t know if anyone will take it that far or not, but it is interesting to consider.

Second, I purchased a Frog CNC controller. The Frog is a single axis CNC controller built around a microcontroller that is basically an e-leadscrew. It was intended to control threading and has some limited abilities to do other things. The bad news is that the guy has quit making them, and is selling of his last stock of 8 units. I jumped at the chance because it wasn’t that much money on the grand scheme of things and I figure I can always resell it or perhaps use it to control a rotary table.

The frog is cute as a bug: 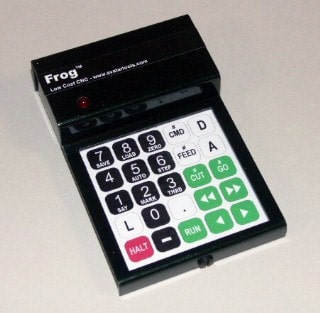 We will see how well I wind up liking it. There is a Yahoo group aimed at Frog users if you want to know more. I want to play around with the Frog and use it as a test bed, but it is unlikely to be my final stopping point given that it is now an orphaned product. Of course if the E-Leadscrew gang never finishes a useful gadget, I may have to be satisfied with the Frog!

Third, I have been educating myself about CNC. The motion control infrastructure needed to drive a lathe axis with a stepper motor is the same in all cases, so this was the first area I looked into. I got a lucky break on eBay (again!) and was able to acquire 5 excellent Pacific Scientific 210 oz in stepper motors for only $34: 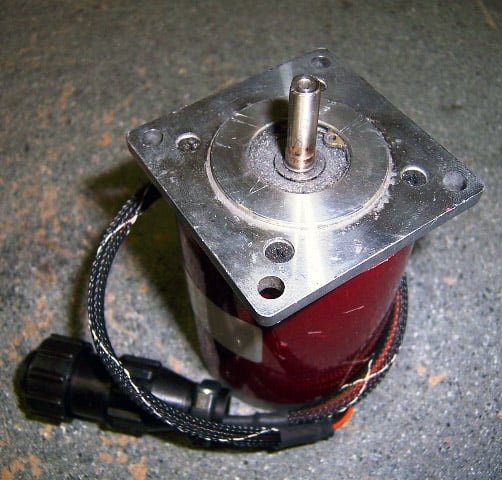 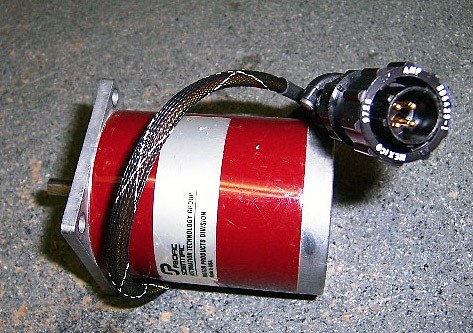 I think they’ll be perfect for my purposes. You can read more about this infrastructure work by clicking my links for that as well. I took a brief detour toying with a design for a simple manual pulse generator to drive these steppers so that I can use them simple for power feed purposes. I have laid out the board so that the stepper infrastructure may be controlled either by the manual board or a CNC breakout board, which offers another approach to conversational CNC. One could select either the tactile manual controls or the CNC PC. In the end of the day I might even rig up a stepper powered manual XY table for my drill press, but that’s a whole other project.

Lastly, I’m trying to learn everything I can about mainstream CNC, with particular attention paid to the conversational capabilities. Towards that end I’m digging through the Internet to learn all about MPG’s and looking over some of the professional (and amateur-built) CNC control panels that are designed to make this kind of work easier. I’m studying the manual options for programs like Mach, whose Wizard capabilities are pretty nifty. 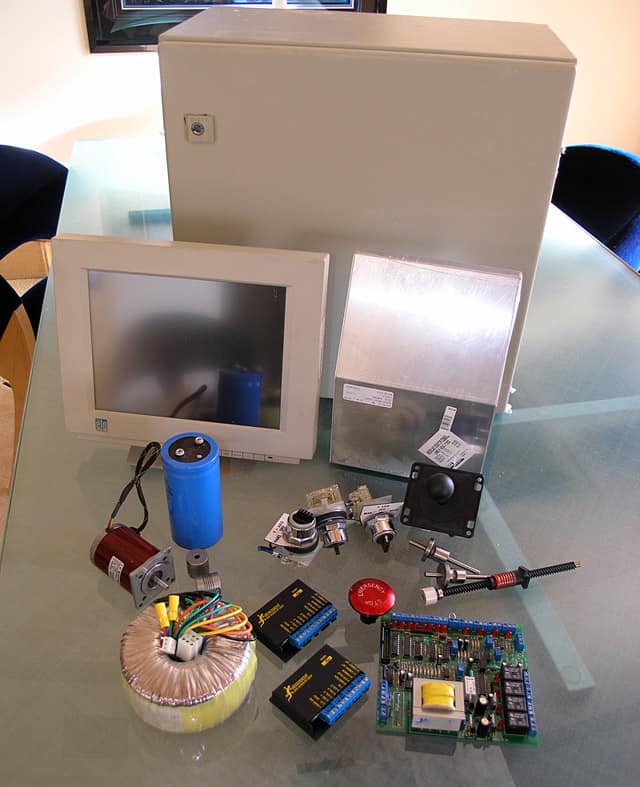 Collecting Parts for the Project!

I’m not sure what I’ll finally end up with. Perhaps a hybrid of all these components.

Note:  I tackled this project years ago, and after a lot of work, I scrapped it.  Why?  No suitable controller software.  Mach3 was the only game in town, and what I eventually discovered was that it was extremely unreliable for Turning applications.  Most Mach3 users were Mill users, not lathe.  These days, there are some great alternatives.  If I wanted to do a CNC Lathe today, I would probably go for the Centroid Acorn Controller.

Ironically, Centroid are the folks who had the handwheels pictured at the top of this article.

After this protracted wandering in the dessert, I finally arrived at a plan, and a Blog. I would build a CNC lathe around conventional CNC conversion techniques. By that I mean I would be using stepper motors on both axes, Mach 3 Turn software with attendant wizards, and an elaborate control panel designed to maximize the potential for manual operations with as little pain as possible. If all goes according to this plan, I will be able to both run traditional CNC operations, as well as do quick back of the envelope operations. If nothing else, I’m about ot learn what the limitations of amateur desktop CNC really are.

Assuming I embrace CNC wholeheartedly, it would make sense to improve the backlash situation on the lathe with ballscrews. It is also tempting to try to build my own CNC machine tool someday: 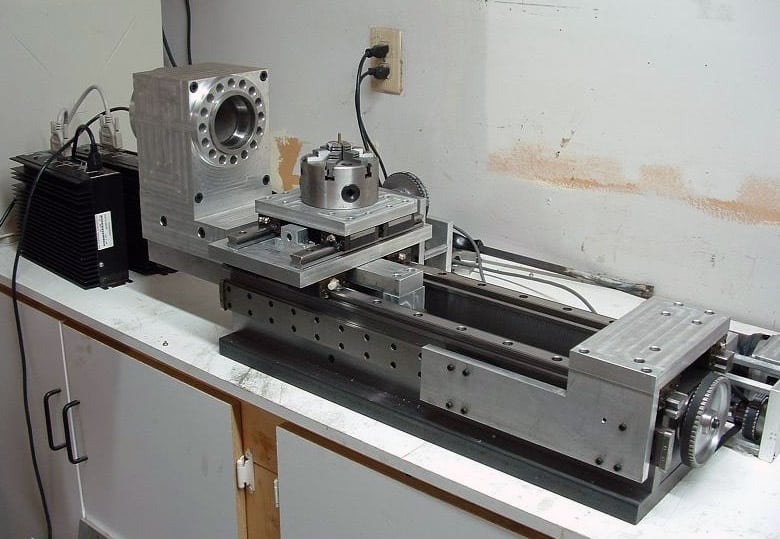 Since I began this journey I have acquired a CNC Mini-Router as well as a conversion kit for an Industrial Hobbies mill. After playing with the mini-router I covet a much larger router, and probably a plasma table too. There seems to be no end of CNC possibilities to play with, but it all started here with the lathe!

Back to CNC Lathe Home…