It can be very convenient to be able to execute g-code with the assumption that the coordinate system has been rotated. Consider, for example, a case where you want to repeat a pocket or slot multiple times on a part. The repeats are all laid out on a circle around some center point. This is a perfect excuse to use G68 coordinate system rotation.

Let’s suppose we have a part that requires 3 “arched doorway” slots. We write a subprogram to do the arched doorway, and we want to be able to rotate the coordinates as we call the doorway subprogram for each slot. Our code would look like this:

And here is what the simulation in G-Wizard Editor looks like: 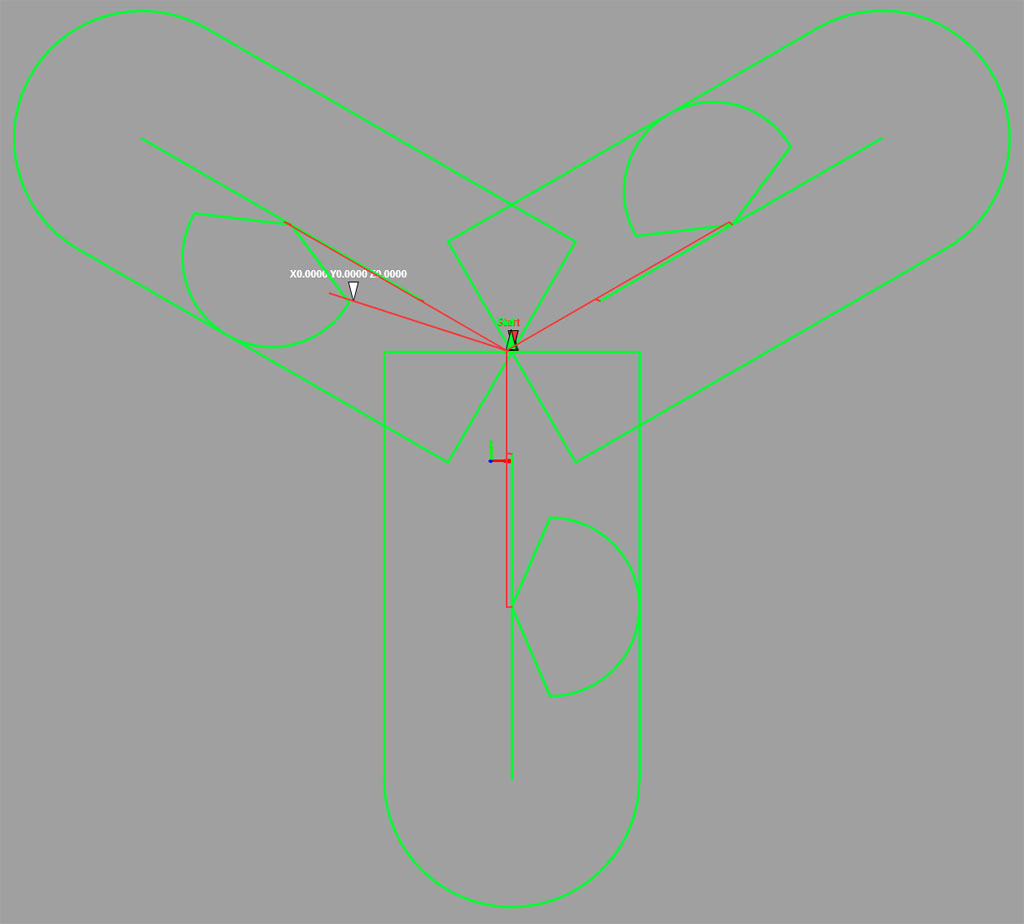 BTW, those fans in the middle of each pocket are tool entry and exit paths. You’ll get a much better finish if your tool arcs into the cut rather than just heading straight in along a line. This is one of the many tricks discussed in our CAM Toolpath Considerations page of the Feeds and Speeds Cookbook.

The syntax for a G68 is pretty simple. For Fanuc, use:

Where, alpha and beta are words for the 2 coordinates of the circle’s center we want to rotate about. For G17,

For Mach3, we use a slightly different syntax: