CNC, Ghost Guns, and Why the Genie Can’t Be Put Back Into the Bottle 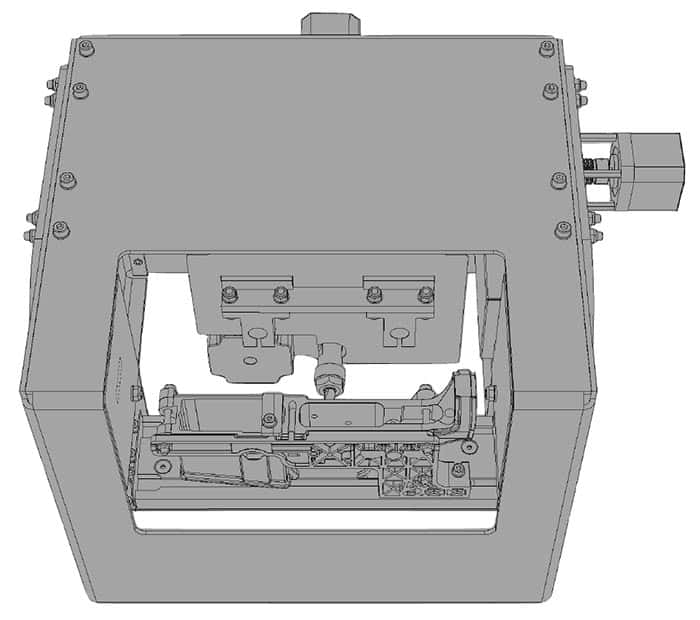 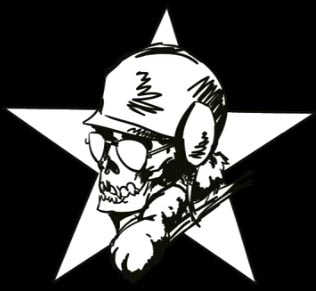 An acquaintance of mine recently got in touch.  Our conversation went something like this:

Bob:  “Yes, I run a business that offers Software and Information to CNC’ers.  How can I help?”

Acquaintance:  “Oh good.  I broke a cutter on my CNC and I’m wondering if you know where I can get another one locally.”

Acquaintance:  “I got a Ghost Gunner and I’m making a gun.”

I’d been somewhat peripherally aware of the Ghost Gunner, but I took the opportunity to dig in and learn a bit more about it.  I was surprised that my friend, who’d never evidenced much interest in anything CNC-related before, was suddenly elbows deep running a little desktop CNC in order to make himself a gun.  It’s funny how sometimes when a thing touches you personally you realize it’s a lot more common and a lot more real than you thought.

Before we go much further into this topic, I should go on record as saying I’m a gun owner who enjoys shooting firearms.  I haven’t yet made a gun, but it’s definitely on my list of things to do with CNC.

Back to the Ghost Gunner.  Essentially, it’s a desktop CNC machine of the small router variety that’s been purpose-made for machining lower receivers.  The company that makes them is called “Defense Distributed,” and it’s been in the news quite a lot.  As of November 2015, they were claiming to have shipped some 700 machines, despite both UPS and FedEx having banded together in refusing to ship the machines.  Their refusal is part and parcel of the complex set of issues surrounding CNC and 3D Printed Guns.  Both claim they won’t ship because it’s a legal gray area whether individuals can legally manufacture firearms.  But, Defense Distributed’s founder, Cody Wilson, says he told FedEx the following:

In fact, it is legal to manufacture unserialized guns in the home, even in Gun Control Stalwart states like California.  despite a bill having been introduced to outlaw the practice, California Governor Jerry Brown vetoed it.

Let’s take a closer look at the Ghost Gunner and then return to our discussion.

The Ghost Gunner is an Open Source hardware project that looks a lot like the many other desktop CNC Routers out there:

“Ghost Gunner is a general purpose CNC mill, built upon a large body of open source work, including the gshield 3 axis motion hardware, the grbl g-code parser and motion controller, and popular microcontrollers.”

Pretty straightforward.  The total cost of the machine is $1500.  You order one by making a $250 deposit.  There is surprisingly little data on the little mill on Ghost Gunner’s web site.  If you want to know more than the fluff that’s obvious there, you’ll need to download the documentation.  It’s not hard to do, it’s just a little odd given most other makers like Tormach or Carbide 3D make it simple to find the specs immediately.

One thing interesting about the machine is that it uses a horizontal milling format rather than a vertical format.  There are many advantages to horizontal mills having to do with rigidity, the ability of chips to fall clear due to gravity more easily, and many others.  This is the first time I’ve seen a small mill in this format:

The Ghost Gunner is set up in a horizontal milling format, with the spindle parallel to the table.  An AR-15 lower receiver is depicted in this drawing from the User Manual…

Ghost Gunner reads a file format called “.dd” files which are supposed to be subtractive CNC’s answer to the STL files of 3D Printing.  It can also handle standard g-code via its Grbl Controller.  It ships with a set of 3D Printed jigs suitable for Mil Spec AR-15 lower receivers.  More DD files to create jigs for other lower receivers including 1911 pistols and AR-10 rifles are supposedly coming.

Ghost Gunner’s Mounting Plate consists of 2 T-Slot rails spaced 40mm apart.  It also includes a built-in probe to make setup easier.  The probe works by closing a circuit rather than a mechanical switch, so it is simple and reasonably accurate.  It does assume the part is insulated from the Mounting Plate and that it is made of conductive material.

While it might be possible to make a finished lower receiver from a raw block of aluminum, it wouldn’t be easy with the Ghost Gunner.  Instead, the recommend starting with an 80% Lower Receiver.  The “80% Finish” is a legal requirement.  If it’s only 80% finished, it is technically not a lower receiver in the eyes of the law, so it is legal to sell these partial lowers in a completely unregulated way.  The Ghost Gunner people will even sell you the 80% Lower made of 7075 aluminum for $60.  Using one of these as a starting point, it takes about 4 hours to finish it.  Once completed, you’ll need to purchase an AR-15 Upper Parts Kit to finish the gun.  These kits contain barrels, shoulder stocks, pistol grips, and so on, which mount to the Lower Receiver.  There are a variety of them available at prices circa $500.  So, not counting the cost of the Ghost Gunner, it’ll cost you in the neighborhood of about $600 to finish a gun.

How Well Does Ghost Gunner Work?

So how well does it work and how hard is it to make a gun using the Ghost Gunner?  It turns out that it works quite well and radically lowers the bar on how hard it is to make a gun.  Wired Magazine Tells the story best as one of their writers went through the process of building and finally firing a functional AR-15 rifle whose lower receiver had been completed on the Ghost Gunner.  Andy Greenberg, the writer, says:

I did this mostly alone. I have virtually no technical understanding of firearms and a Cro-Magnon man’s mastery of power tools. Still, I made a fully metal, functional, and accurate AR-15. To be specific, I made the rifle’s lower receiver; that’s the body of the gun, the only part that US law defines and regulates as a “firearm.” All I needed for my entirely legal DIY gunsmithing project was about six hours, a 12-year-old’s understanding of computer software, an $80 chunk of aluminum, and a nearly featureless black 1-cubic-foot desktop milling machine called the Ghost Gunner.

The video tells his story well:

THIS IS MY ghost gun. To quote the rifleman’s creed, there are many like it, but this one is mine…

What Does All This Mean For Gun Control?

The Ghost Gunner story has been heavily sensationalized, in part because that’s how Defense Distributed wants it to be.  They’re actively trying to fight Gun Control in every way they can.  But the truth, as most CNCCookbook readers will understand from their own experience and background, is that the Ghost Gunner brings very little new to the table.  CNC itself brings very little new, in fact.  The Wired writer tried to finish a lower receiver with a drill press and jigs.  He failed, but many have succeeded, and anyone with a manual milling machine (or CNC) and even a modicum of knowledge about how to use it will succeed quite easily.  The work needed to finish an AR-15 lower receiver is, after all, pretty simple for the average machinist.  It’s been going on for quite some while and the are scads of 80% lowers and Upper Parts available from the Internet.

The state of things today is that it is quite straightforward to produce an unlicensed, untraceable, and working AR-15 that is completely legal.  Obviously, this worries gun control advocates.  And these AR-15’s are not immune from Gun Control, at least not if they wish to remain legal within the letter of the law.  They’re still subject to the limitations of the laws.  For example, the Ghost Gunner AR-15 Lower is set up to use a “bullet button” so the magazine cannot be removed except using a special tool (the tip of a bullet works).  Despite the way over sensationalized video on the Ghost Gunner site of a full auto machine gun, it’s not legal to produce such a thing, at least not easily.  But it certainly is a lot harder to prevent it, even if the laws are in place.

Essentially what’s happened is guns have become information.  Information in the form of g-code, CAD files, and the like.  Lay people may dream of requiring CNC machines and 3D Printers to have governors of some sort that prevent them from producing these things, but that would be difficult to impossible to implement, and vulnerable to being constantly defeated.  Once a thing becomes information, it is so easy to transmit it everywhere and change it slightly to make detection difficult, that regulating the information is close to impossible.  Ghost Gunner is embroiled in a law suit with the State Department over export controls governing the export of weapons.  The State Department has argued that publishing the g-code or CAD Drawings for an AR-15 violates these regulations and Defense Distributed has countersued based on their interpretation of their rights.  The case has gone on to appeal and is due to be heard in March.

Once a thing goes to being information, it becomes incredibly hard to regulate and control.  Put aside the controversial issue of guns.  If there is one thing the music industry learned, it is that once music became information (i.e. digital files like mp3’s), they lost control of it.  Now we’ve seen guns go the same way.

One might argue that guns are not purely information.  With the Ghost Gunner, most will purchase a “Parts Kit” that includes things like a barrel, trigger mechanism, and so on.  As I am writing this article update, there are powers that be who want to classify these parts as guns.  Perhaps the hardest part to make on a gun is a good barrel.  But even these are highly approachable with some relatively simple and inexpensive tooling so you can do gun drilling.

And what about the Ghost Gunner?  It’s an interesting little machine, but any of the desktop CNC Routers should be capable of finishing a lower receiver.  Tormach’s machines ought to be perfect for making lowers from scratch.  Heck, we’ve heard from a G-Wizard Customer who built an AR-15 lower from scratch in Titanium (difficult to machine) using a tiny little Sieg mill:

The genie is out of the bottle and it isn’t going back any time soon.