Using a 3D Printer to Machine an AR-15 Lower Receiver 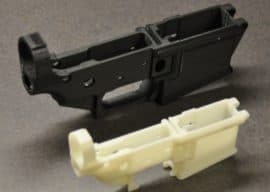 Here is a surprising find: someone has now 3D printed an AR-15 lower receiver and successfully test fired the weapon: 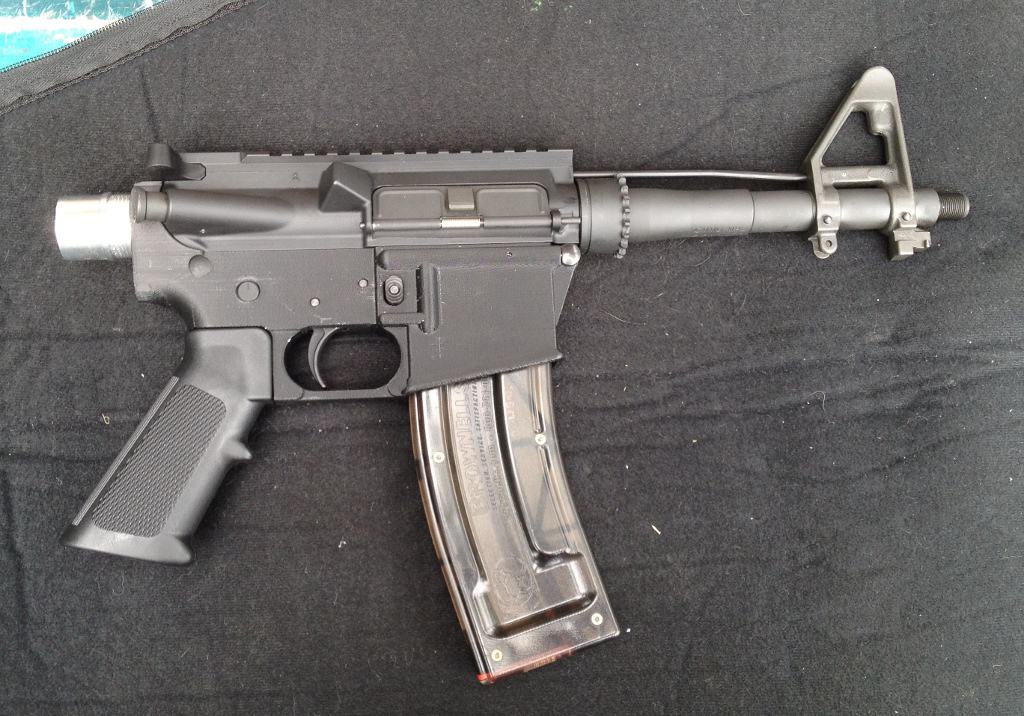 Here’s a lower receiver, the part that was 3D printed, for those not familiar with this firearm: 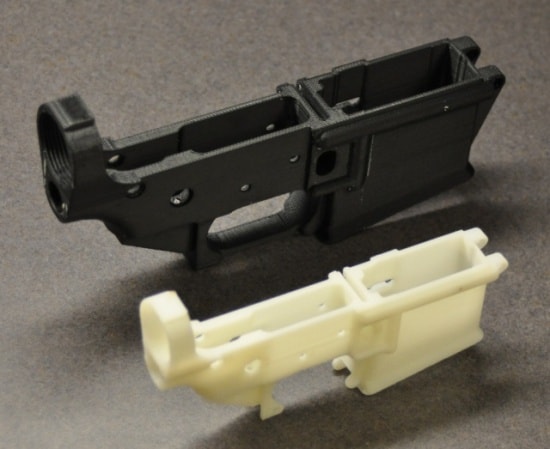 The most common 3D printing processes and the one used in this case resulted in a plastic lower receiver.

There is a lot more detail on this project over on the AR-15 Forums and I first came across this on 3Ders.org (although I think my friend Nora was trying to tell me and I wasn’t listening hard enough!).

While the gun fires, the author says he is having problems with jamming and misfiring, so there may be some kinks to be worked out.  Nevertheless, it’s a pretty amazing project from a number of perspectives.  If nothing else it tells us that our ability to manufacture in our own homes is increasingly limitless.  No, this individual didn’t 3D print an entire firearm, but they did print the part of the firearm that the US government regulates–the lower receiver.  The rest of the parts can be bought without any regulation via the mails.  As soon as things become digital information, they become devilishly hard to regulate–just ask the music industry about that one.  Now we’re moving from being able to make things that were already information like music purely digital, to a world where something like a gun can be digital too.  At some point, when do parts intended to make guns become indistinguishable from parts used for other purposes?  The role of the lower receiver was to be just such a part but this accomplishment somewhat negates that value.

For the record, I am a gun owner and pro-2nd amendment, but we are rapidly going to reach a stage where it will be increasingly difficult to regulate gun ownership regardless of what the law says.  We’ve also reached a stage where what can be manufactured is increasingly limited only by the imagination.  The printing press first made it possible for words and ideas to be freely exchanged.  Ultimately CNC technologies will make it possible for any manufactured things to be freely exchanged in the same way.  It is both a scary and stupendously democratic thought at the same time.

I’ll leave you with those thoughts as well as these choice quotes about the printing press:

“The coming of the printing press must have seemed as if it would turn the world upside down in the way it spread and, above all, democratized knowledge.” – James E. Burke

“The press is not only free; it is powerful. That power is ours. It is the proudest that man can enjoy. It was not granted by monarchs, it was not gained for us by aristocracies; but it sprang from the people, and, with an immortal instinct, it has always worked for the people.” – Benjamin Disraeli

“Break up the printing presses and you break up rebellion.” – Dudley Nichols

“What gunpowder did for war the printing press has done for the mind.” – Wendell Phillips