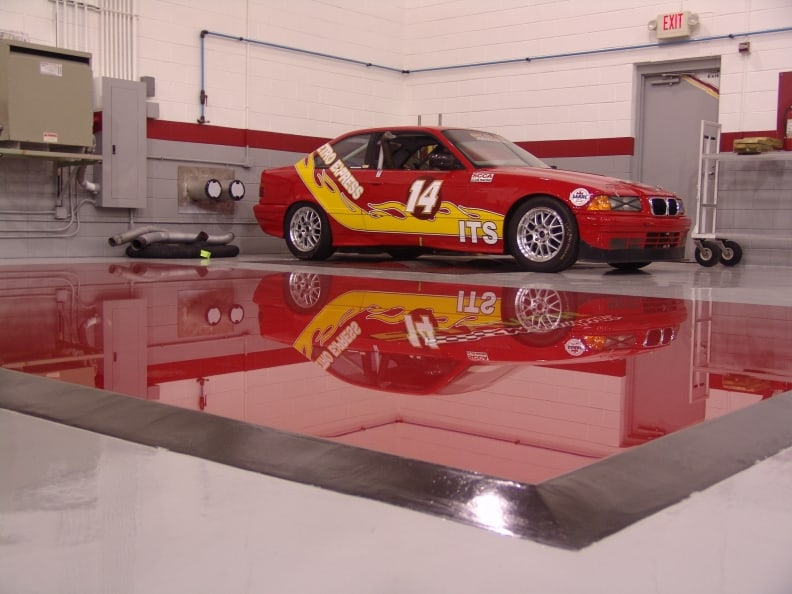 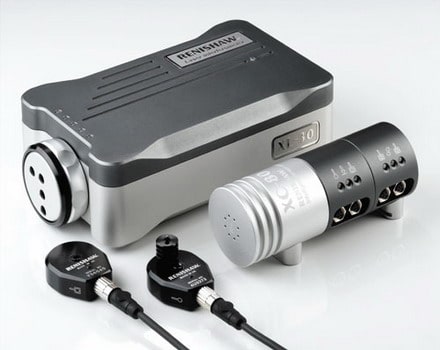 This is part 6 of our Ultimate Tony Stark Inspired Workshop Series.

You didn’t think we were done building a Tony Stark-inspired workshop, did you?  I just needed a little break to do the research involved for the next installment.  That’s really what the series is about–looking out for the way cool products that any Super Hero’s Workshop would have, but that most of won’t be able to afford.  At least not right away. Prices keep coming down on things and one day, maybe, just maybe, they’ll finally be within reach.

For Part 6, we’re going to talk about Metrology gadgets.  Metrology is all about measuring things.  I confess I am a bit of a Metrology nut.  I have probably invested way too much in precision measuring goodies for my own shop, given what I do there, but it seems to me that if you can measure it, you can find a way to machine to it.  I’m not going to waste time with the basics here–we’re jumping straight to the really cool stuff and skipping right over micrometers and dial test indicators.  That’s important stuff, but it’s pretty obvious from the standpoint of this kind of article.  Indeed, probably the most exotic common measuring device out there is the so called “3D Taster” and even those are very common these days.

Here’s what we’ve got for Tony Stark in the way of super cool measuring gizmos:

The Leica T-Scan 5 handheld laser scanner is schweet, check out the demo video:

Scan a body panel and get back a precision CAD model.  Nice!

If you need a quick CAD model of some organic shape, even one that is fairly large, this handheld scanner can get it done in a hurry.

A nice portable CMM arm that can move around the shop seems like a requirement for a workshop like this.  Romer makes nice ones:

The Romer arms can be had with a variety of accessories and probing accuracies of less than a thousandth of an inch.  Being able to move the arm to the work instead of taking the work to a fixed CMM station can be extremely helpful in terms of keeping the manufacturing process moving along quickly.

If you haven’t ever thought about it before, the technology that goes into making Iron Man’s suit super-strong, as well as the technology behind a lot of robotics, is closely related to the same kind of technology that makes the axes of your CNC machines move.  Not every shop needs the capability to precisely measure and calibrate the performance of its machine’s motion systems, but Tony Stark seems like the kind of guy that wouldn’t wait around for the repairman before diving in the fine tune an errant machine (or super hero exoskeleton suit!).  For this workshop, we’ll spec out matching machine calibration gear from Renishaw.

The Renishaw XL-80 is a laser interferometer system (pictured top right of the post) that is capable of 0.1 micro-inches accuracy.  In other words, one ten-thousandth of a thousandth of an inch–much smaller than the accuracy of any machine tool it will be called on to mesaue.  The cylindrical can that comes with the unit houses an environmental compensation unit that continuously measure air temperature, air pressure, and relative humidity, compensating the laser measurements for these changing conditions.  The whole gizmo looks like some under cool piece of consumer electronics as much as it does a sophisticated industrial measuring device.  It can also be packed away in a nice foam padded water tight case until needed–just perfect for this kind of shop, in other words.

A Star Trek Phaser (more of a Tricorder) for the Shop

What super hero would be without a ray gun of some kind?  This workshop should be no exception, so we’re specifying a handheld X-Ray Flourescence Spectrometer.

What the heck is an XRF (the shorthand lingo for it) good for, you ask?

Actually, it’s a surprisingly useful toy to have.  Basically, you put the head up against some material you’re not sure about, squeeze the trigger, and it immediately analyzes the chemical composition.  Handy, huh?

And you have to admit, it does look just like a phaser (someone in marketing no doubt got a good laugh out of it): 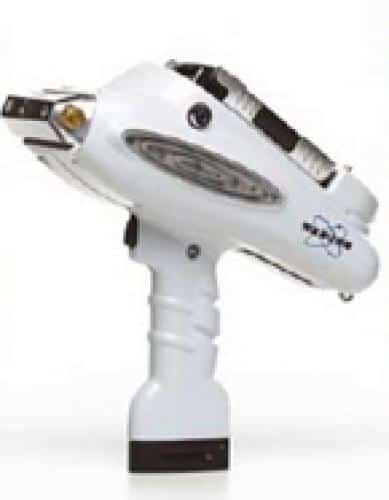 Optical comparators seem like cutting edge of 1950’s short-haircut-narrow-tie-and-pocket-protector kind of technology.  But sometimes, they are exactly the right tool for the job.  A workshop like this ought to have one updated for the New Millenium.  Seems like VisionGauge’s 700 Series 5-Axis Digital Optical Comparator is just the ticket: 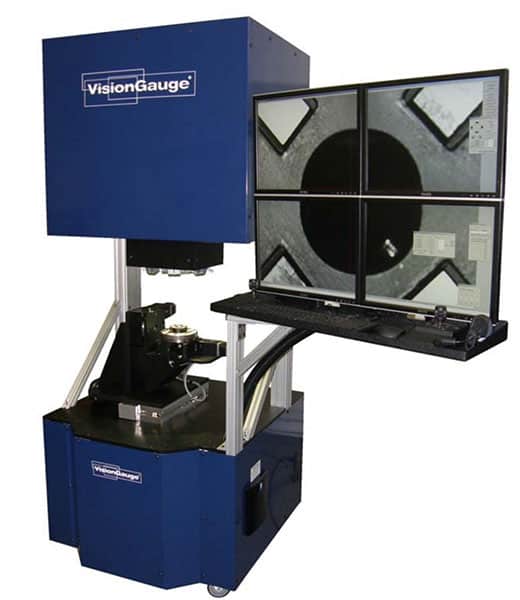 Aside from having 5 axes, 2 joysticks (hard to see but on either side of the keyboard), and 4 big screens assembled to make a really big screen, this bad boy includes all sorts of cool software capabilities.  Imagine being able to directly compare a profile with the CAD for the profile, right on the same screen.  What Super Hero / Mad Scientist could do without it?

Surface Plates?  How About Surface Floors?

Clearly, a workshop like this will need to have a number of nice surface plates hanging around.  It’s always handy to have a precision reference surface for measuring, inspection, or even assembly.  But what about an entire surface floor?

Precision Epoxy can create Surface Floors accurate to 0.003″.  Ideal for chassis setup and tuning if you’re business is racing cars…

Precision Epoxy can create Surface Floors accurate to 0.003″.  Ideal for chassis setup and tuning if you’re business is racing cars.  Probably also ideal if your business is creating giant super hero robots or anything similar.

This is part 6 of our Ultimate Tony Stark Inspired Workshop Series.