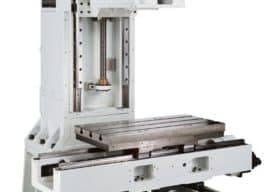 Have you ever considered a Z-Axis counterbalance for your CNC machine?  It’s an easy addition any DIY CNC enthusiast can make and it improves Z-axis performance.

Most commercial VMC’s use one.  Here’s a Hurco VM1: 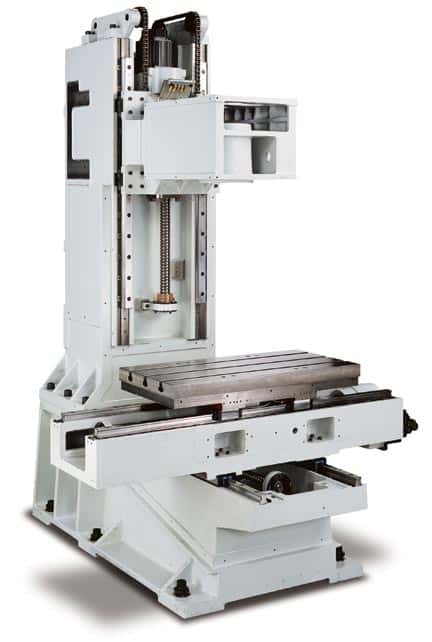 Or, here’s a schematic from the DIY Haas site showing how Haas uses an air-over-oil system as a counterbalance: 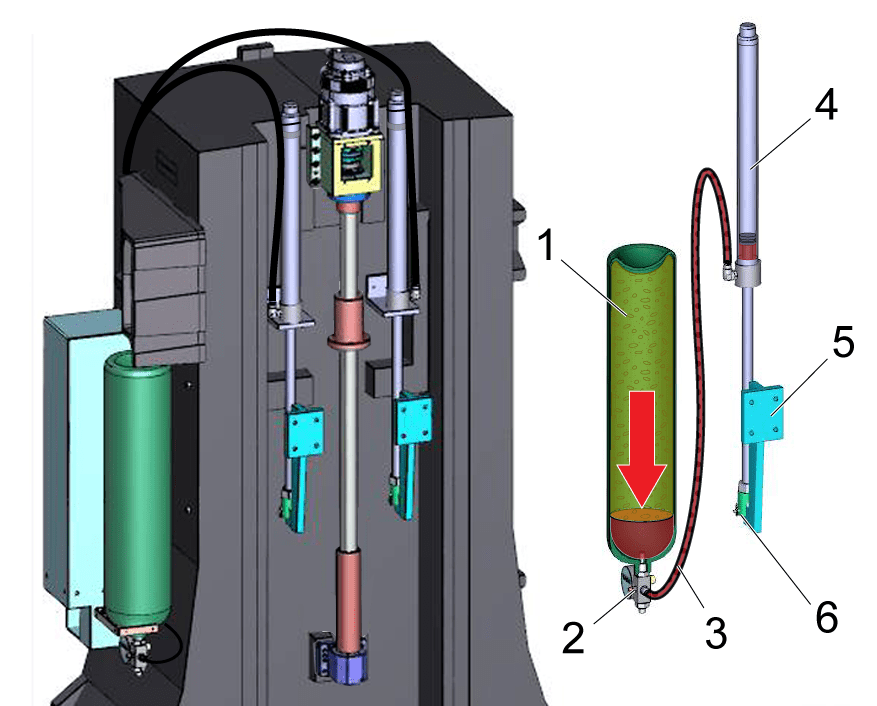 Why Use a Z-Axis Counterbalance?

The role of a Z-Axis Counterbalance is to equalize the forces in both directions on the Z-Axis.  Things are easy when coming down–gravity helps by adding downward force.  But when the Z-Axis needs to go up, gravity is the enemy–that same downward force is now making the Z-Axis servos (or steppers) work that much harder to move the head.

This means the head can accelerate faster in the downward direction than the upward.  It can also limit the travel speeds in the Z direction to the lowest common denominator (the “up” direction) as well as requiring larger Z-axis motors to offset these issues.

For all these reasons, adding a Z-Axis Counterbalance System can help to increase the performance of your CNC machine’s Z-Axis.

One last issue–some machine’s have a problem that the head can drift down (sometimes alarmingly quickly!) if the power is cut and the Z-axis motor no longer supports the weight of the head.  This happens because the Z-Axis leadscrew (whether ballscrew or other method) has a lead or pitch that makes backdriving possible.  The Tormach PCNC 1100 has this issue and uses a brake on the axis that is activated whenever power goes out.

A Z-Axis counterbalance can help make this issue go away at the same time it increases performance, thus eliminating the need for a brake on the axis that’s triggered when the power goes off.

Methods for Implementing a Z-Axis Counterbalance

A simple counterweight, connected by cables or roller chain to the Z-Axis, will work fine.  The primary issue with this method is just finding room for the counterweight.  In addition, it’s important to make sure the counterweight travels on some kind of rail or shaft to minimize any vibration.  You don’t want it banging or flopping around because it will cause your spindle column to deflect out of tram and any excess vibration will show up in your surface finish.

One thing to consider about a counterweight is you’re doubling the mass of the Z-Axis assembly.  That means intertia is higher and will have to be overcome.

For that reason, I like the next solution better.

For small CNC Machines, gas springs can be an ideal solution.  Here is a typical gas spring installation: 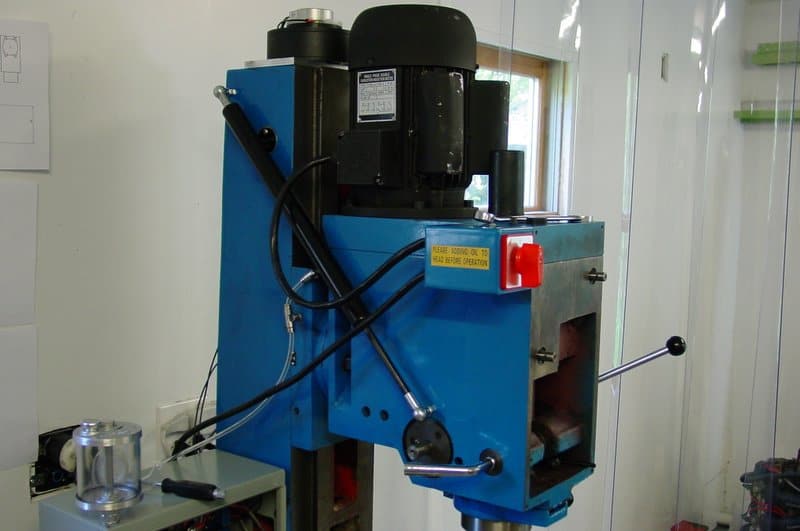 Gas springs are nice and compact, which can make it easier to find room to install them.  You can have them act directly on the Z-axis as shown above or use a cable or counterbalance arrangement to transfer forces to the back of the column.

Something to be aware of is that when you cantilever them directly as in the photo, you want to minimize the angle of the cantilever and think about exactly where the force is being directed.  A larger cantilever angle causes the forces to vary as the head moves up and down, which is hardly ideal as the force of gravity won’t vary so the spring’s force is either too much or too little.

Also, the angle the force is directed can create a tendency for the head to cock against the ways, which can reduce the accuracy and increase the force necessary to move the head up or down.

You’ll have more flexibility in your design to avoid these problems with a roller chain or cable linkage.

When designing a system using gas springs, you’ll need to look at:

Here’s a link to the Gas Springs offered by McMaster Carr to give you some idea of what’s available.

Really, the sky is the limit here.  We saw the Haas approach with hydraulics.  For most small CNC Machines, that sort of thing is overkill.  Do something simple such as the gas spring or counterweight approach and you’ll get a system working quickly and cheaply that improves the performance of your CNC Machine.