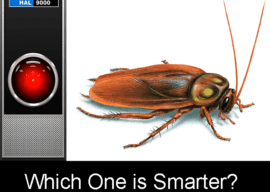 Lately, artificial intelligence is on the upswing.  Lots of articles about how it’s going to take our jobs or about how people like Elon Musk and Stephen Hawking think it could be the end of civilization.

I’ve been involved with artificial intelligence for a LONG time.  I founded a company in 1996 that built an AI product that was quite successful.  There’s a couple of things you should know about AI, especially as it relates to machining, manufacturing, and CNC.

First, it isn’t going to take away your job any time soon.  AI today is about as smart as a cockroach, and while they are survivors, I hope your job isn’t simple enough that a cockroach could do it! 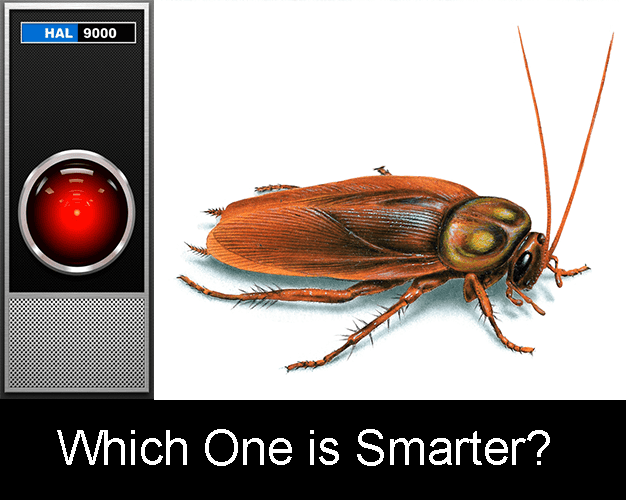 Now that we’ve got that out of the way, I want to share a more practical insight into Artificial Intelligence, or “AI” as it is called:

The combination of a Human Expert and AI Algorithms is almost unbeatable.

Our G-Wizard Calculator has had AI algorithms in it for a long time.  That’s what our CADCAM Wizards are, and there’s nothing else like them in any other product out there.  Here’s a quick intro from our Video University:

Like the vid says, CADCAM Wizards solves a seriously hard problem for CNC’ers easily.  You answer just a few simple questions and gives you a complete recipe including:

It will not only give you optimal answers, but it will save a lot of time doing so.  For example, to give back that complete recipe for machining a pocket, here’s what it needs to know:

That’s it, that’s all, full stop.  Enter those few things and you get back the complete recipe.  Talk about saving time, it’ll even give you a recipe to chamfer the edge of the pocket with one click.  And, it gives you DFM (Design for Manufacturing) hints that can give you critical advice on changes you could consider to make the part much cheaper to manufacture.

Today, I want to talk about the latest developments for CADCAM Wizards.  So far, they’ve been mostly helpful to experts because they produce such optimal recipes.  But, some Beginners have found them to be a bit more aggressive than they’d like.  It’s true–they’re design to KICK A*** when machining.  Folks have told me they’ve literally made millions of dollars with those recipes.  But Beginners and Hobbyists aren’t interested in making millions of dollars (well, they probably are, but let’s not get ahead of ourselves, LOL).  What they are interested in is not breaking tools, not overly stressing their machines, and simplifying what can be a very complex and deep learning curve so they can have some fun with CNC.

With G-Wizard Calculator version 4.988, we’ve got your back on that!

Version 4.988 introduces Safe Mode, which lets CADCAM Wizards be super smart about giving you complete recipes with few questions asked, while at the same time also being super conservative to give Beginners a margin for errors.  It’s better to show Safe Mode in action than talk about it endlessly, so here’s a video I made about it:

As you can see, the video covers more than just Safe Mode.  It also covers the 4 most common tool breaking errors Beginners and Hobbyists make.  You see, you can’t fix everything just by slowing down feeds and speeds.  Some problems, if they’re extreme enough, are going to break tools no matter what the feeds and speeds are.  But, it’s pretty easy to head off the 4 biggest causes, and this video will help you do exactly that.

Now what else can CADCAM Wizards help with that’s important to beginners?

How about this?  A common problem many hobby CNC’ers face is they have a CNC Router that uses a manual router as a spindle.  Those little routers are great, but they can’t slow down their rpms too much.  It’s common to have one that can’t go any slower than say 16,000 rpm.  Now having the right rpms is absolutely critical for CNC.  If you spin the cutter too fast, it will overheat and it’s life will be sharply limited.

There’s a bunch of ways to fix the problem.  In fact, G-Wizard has a special “Cheat Sheet” feature that’ll help you fix any such problem.  And that’s where CADCAM Wizards come in.  The AI algorithms that power it know about those Cheat Sheet rules.  So, for example, if it is figuring out a cut and bumps into that minimum RPM limit too much, it will fix it by reducing the cutter diameter or reducing the depth of cut.  All things considered, a smaller diameter cutter spins faster in any given cut than a larger cutter.

In fact, CADCAM Wizards will avoid all sorts of problems that might get a Beginner scratching their head wondering what to do.  Those problems just won’t even come up because CADCAM Wizards uses its magic to solve them before it presents you with a cutting recipe.

Experts, what this means to you is time savings and productivity.  You know how to solve all these problems, but why have to solve them?  If you’re automatically handed answers that just work and are optimal with the problems, isn’t that a win?  And, if you want to fine tune things more to your liking by adding your expertise, no worries.  Just double click a CADCAM Wizard recipe and all the parameters will be set up in our Feeds and Speeds calculator where you can tweak to your heart’s content.

Here are the types of problems CADCAM Wizard will avoid:

I can go on for a long time with that list, and I add more power to CADCAM Wizards every chance I get.  I recommend everyone start with CADCAM Wizards, not Feeds and Speeds.  Let the CADCAM Wizards figure out all this stuff with very little data from you.  Then, double click the result, take it onto the Feeds/Speeds tab, and fine tune it to work as you want it to.

The great news?  With Safe Mode, even Beginners can enjoy the power of CADCAM Wizards.

If you haven’t already, give G-Wizard a spin and try this stuff out.  Robotic overlords?  AI gonna take my job?  Pffft.  Let AI help you to shine.  Let it make you a better CNC’er.  That’s what we’re all about here at CNCCookbook.