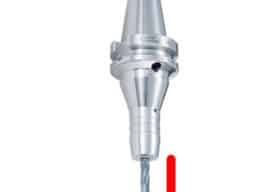 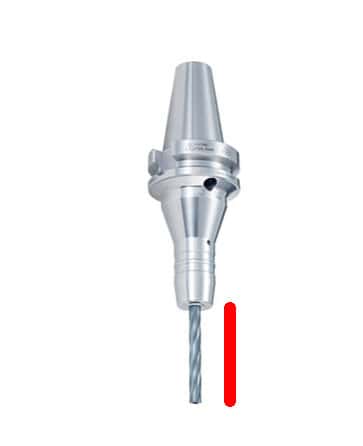 I recently chatted with a G-Wizard Calculator customer who was having problems with tool life.   He had been able to increase it tremendously over what it had been before they had G-Wizard, but it was still unacceptible.  He suspected the problem was too much tool deflection and wanted to consult with me for suggestions on what to do.

His company was cutting wooden parts for some custom packaging work from 2 x 12 planks on a CNC Router.  They’d started with 1/2″ endmills, but quickly found that the cutting forces were cracking their wooden parts, so they wanted to try a 1/4″ endmill.  That’s when the tool life problems began in earnest.  The parts were no longer cracking, but the endmills were breaking after just 3 runs.  I plugged the parameters they were using into G-Wizard and quickly found the culprit–way too much tool deflection.  About 0.0048″ at the feeds and speeds they were running.  The trouble was, they were having to make 3 passes in the material at 1/2″ cut depth each to finish the parts and they didn’t want the job running any slower than it already was.

So, we started looking at the tradeoffs, and it really came down to just a few possibilities.  Being sensitive to their issue of not wanting to run the job any slower, I led off with my suggestions as possible:

2.  If they had a tool changer, I suggested looking at taking the biggest cutter that wouldn’t split the part and trying 2 or 3 stickouts.  Another problem with this job is that since they were going so deep in a 2×12, they needed the tool to have a lot of stickout which compromised its rigidity.  Doing the first couple of passes with 1/2″ less stickout and a 3/8″ instead of 1/4″ tool diameter results in a whopping 15X improvement in rigidity.  The cutter can stand to fly on those shallower cuts and should more than make up for the toolchange time.

3.  If all that failed, they were going to have to run the job more slowly.  Several scenarios could be analyzed — reduce the feeds and speeds on all passes or reduce the cut depth and endure more passes.  It’s worth it to try to work through some of these scenarios in G-Wizard and get a feel for the trade-offs.

Jobs that involve a lot of depth relative to tool diameter are always tough because of rigidity.  Dealing with a material like wood that’s subject to cracking if there’s too much force being used just makes it even harder to make all the trade offs work out.  You’ll want to call out every trick in the book to make things work well.