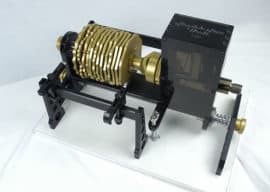 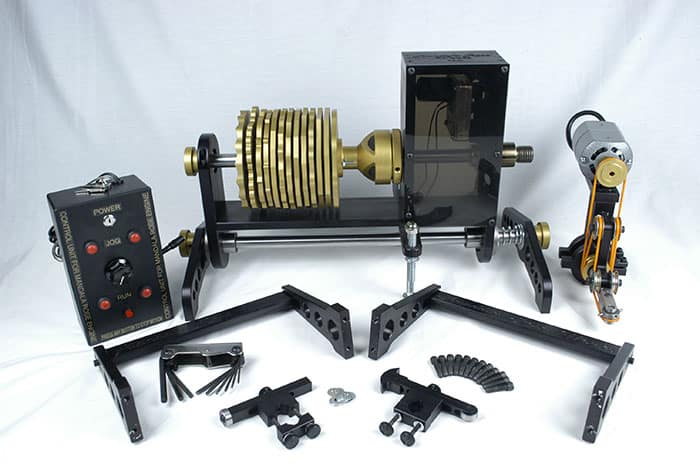 Wade Wendorf’s Mandala Rose Works is truly a unique company.  They make Rose Engines, which are fascinating machines used to create Guilloche’ designs through engraving.  The closest thing to one many have come in contact with is a spirograph.  I’ve written a little bit about Guilloche and Rose Engines in the past as I have a fascination for intricate engravings. Let’s get into our interview with Wade Wendorf and let him tell his story.

Glad to have you for our Customer Spotlight series, Wade!  I’d like to start out by asking you to tell us a little about your business?

The easiest explanation is that I make a modern version of a machine that was produced back in the 1500’s and even earlier, with modern materials, and a lightweight but portable methodology. The old machines were literally hundreds of pounds, and made out of brass or bronze. My company got started with the intent of producing and selling rose engines, however I still do small batch parts for customers, primarily out of aluminum or plastic. In addition to milling, I do small cnc lathe work, as well as laser cutting and engraving, with the intent of moving into 3D printing of prototypes for customers this year.

Here’s a quick spin around the Mandala shop: 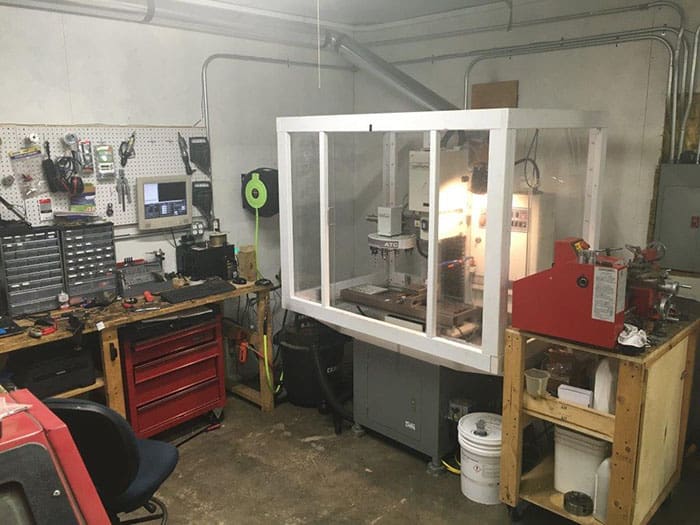 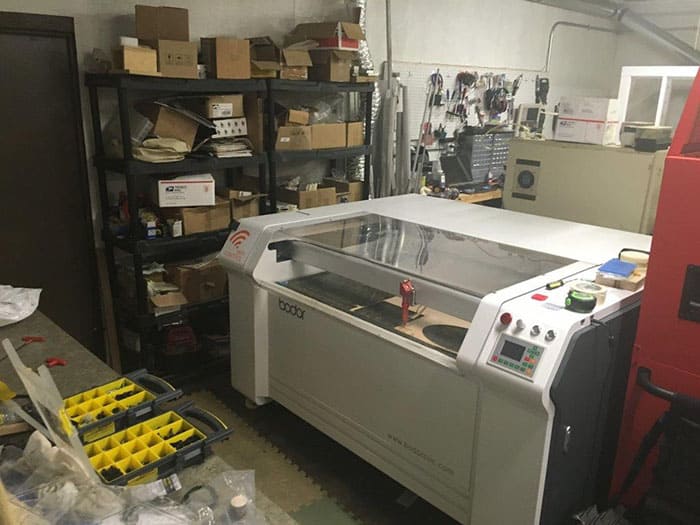 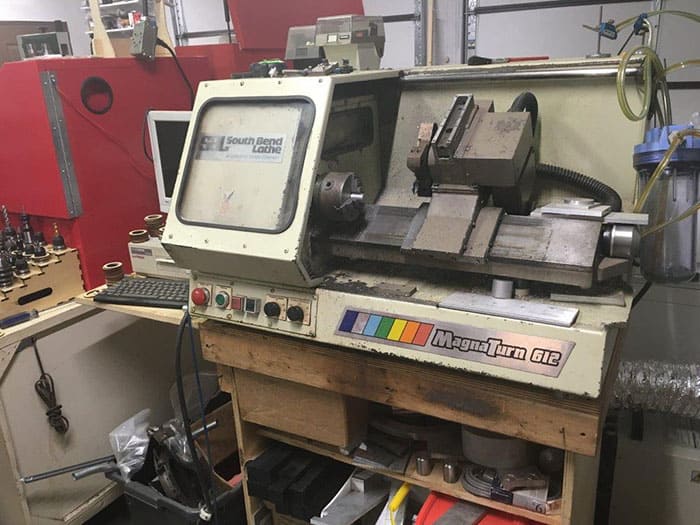 How did you come up with the idea for your business?

That is a little bit of an involved story, but around 2006, I got interested in manual woodturning with chisels and the works. A few years into woodturning, I heard about this “thing” called “Ornamental Turning”. As a consummate computer geek, I immediately turned to the web and started researching.

I was completely blown away by the possibilities, and specifically by rose engines in general. The designs they produced really captivated me, and I went about searching out how I could afford one, only to realize, there was no way I was going to afford one. The cheapest ones I could find that were in good condition were $10k, and went up to $60k or more from there. There are a few people who produced them, but they were very high-end units going for $15k-$20k or more. 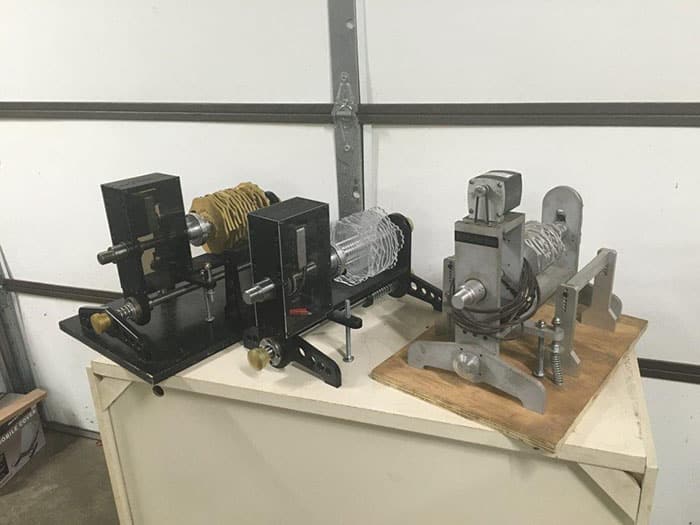 Evolution of the Rose Engine…

I finally made contact with someone from an Ornamental Turners group down in St. Louis. Needless to say, I had many emails and phone conversations with him. He invited me down to visit him when he was having a small gathering of Ornamental Turners from around the US. While I was waiting to go to the get together, I cnc’d my little Sherline mill/lathe combo, and started making some parts and rosettes to mount on a 5c Spin Jig, as my friend had told me how to make a rose engine this way.

The time finally came, and I headed to St. Louis with my mostly built rose engine. We actually got it setup and working that weekend, and I was in heaven! (As well as addicted to Rose Engines.) However, I got to see and play on his machines. In fact, they were producing rose engines for sale in small batches too. Their machines are very good, large, heavy and stable. Cast iron legs, big crank wheels, etc… Point to note: Most rose engines are hand-cranked. 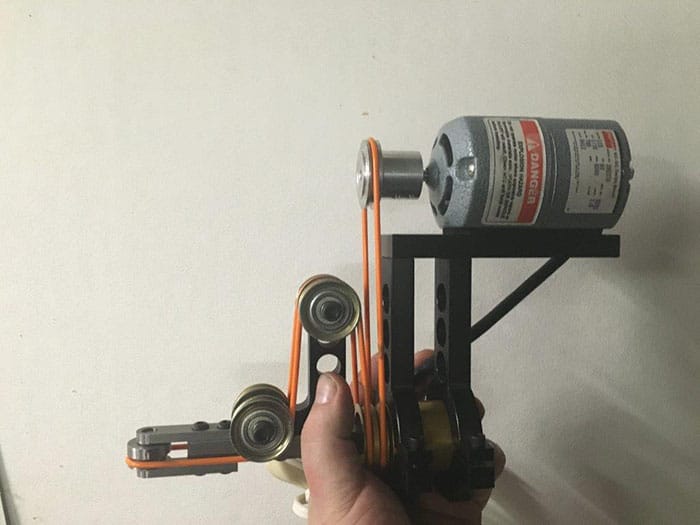 Originally, cutting frames were foot powered by a treadle or other similar type system, while the rose engines themselves were typically hand cranked.  This arrangement is called the “Cutting Frame”.  Universal Cutting Frames are unique because they actually pivot to allow for cuts at any angle.

However, during this weekend, I started getting ideas in my head. I just KNEW that I could produce a rose engine around the size of a sewing machine that would work.

I wound up going home, and purchasing a Syil America SX3 milling machine, Tormach tooling, cutters, etc… Enter now… Moving into the cnc world! I have a good friend who is a machinist and electronics engineer who taught me a TON about machining. After making my prototype for that rose engine on my little Syil SX3, I took it to a woodturning symposium in Virginia, where I unveiled my Rose Engine for the first time at an evening meeting of Ornamental Turners.

Needless to say, there was quite a few shocked people when they say how well my little prototype engine worked. The interesting part about my engine is that I chose to drive it with a small gear motor instead of hand cranking. My first few pieces on my little hand cranked engine resulted in a rather sore arm after 4-5 hours of turning. 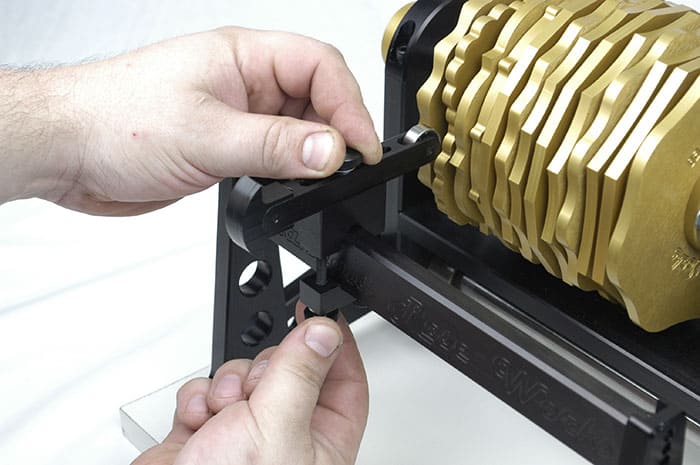 Cams with ball bearing follower control the design that gets engraved…

My friend with the machine shop helped me with designing my production model of my rose engine by giving me a machinist disease we jokingly call “chamferitis”. He nor I can’t seem to make parts anymore without putting chamfers on them to make them look “polished and finished”. I guess it’s because he makes a lot of aerospace parts. LOL

And how did you launch the business?  How did you make people initially aware of it?

I launched the business pretty slowly. I had a bunch of people who wanted to know when I had a production version ready (from the woodturning symposium in Virginia), so I emailed or called them. I also created a website, and got a lot of search engines to index it, plus some google advertising.

My launch came the following year in Phoenix, AZ where I actually got a booth to show off my Rose Engines. I had them up and running and was making decorative pieces for 3 very LONG days, going to seminars, and just generally trying to get the word out. I also did a lot of demo’s at various woodturning clubs in the Midwest. 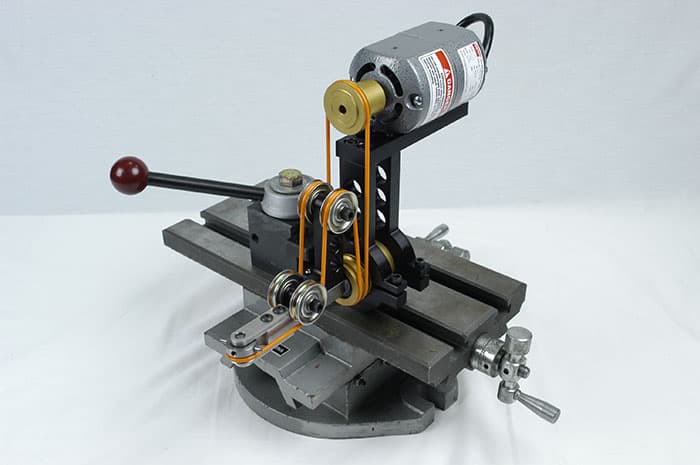 Here’s the little motorized cutter that does the engraving…

How did that launch go and what were some of the biggest challenges?

Truthfully, not very well. I didn’t sell a single machine in Phoenix, or any for over a year. I wasn’t upset, disappointed, yes, but upset no. It was during the bad economic times when gas was high and spending was low. I kind of expected it.

Then a I sold a machine, and another, to the point within a year I was making another production run of machines. I wasn’t getting rich off of it by any means, but I was making money. Enough money I finally got myself a Tormach 770 in late fall of 2012!

How is the business doing today?

The business is doing good for a side business. The job shop and laser work is the majority of my business, with several Rose Engines a year.

Rose engines are not the most understood devices with a small group of people who are interested in them. They are just very captivating machines with very unique abilities. 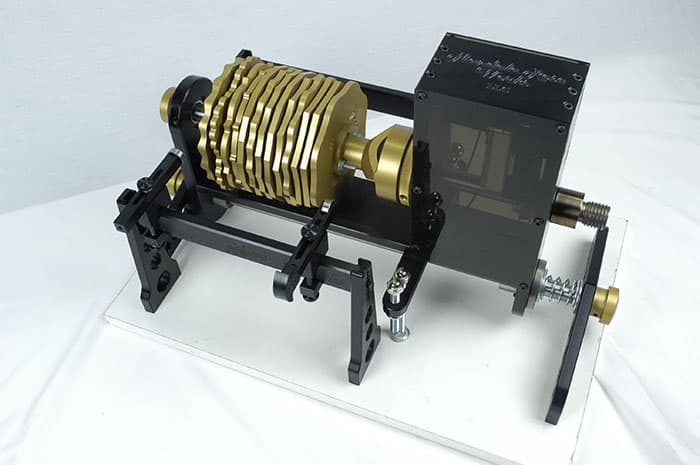 What are your plans for it going forward?

One of my infatuations is small equipment. I like small things that do the job of larger things. So, I plan on miniaturizing my Rose Engine. I have a new design I’m still working on, with the hopes of being able to manufacture and sell both rose engine kits that you assemble yourself, as well as a fully assembled rose engine, except in miniature!

My current machine is approximately 35 pounds (not including the cross-slide table or QCTP, neither of which I manufacture myself). They are too cheap to buy online.

I hope to get it down in size, without sacrificing precision or stability, to around half of that. I want to bring my rose engines to the point where everyone can afford one.

I also have accessories planned to further expand the abilities of the machine.

What were some of the biggest mistakes you made starting out and what would you do differently if you could start over?

I think main mistake I made was not drawing and programming all of the parts myself the first time. Once I got my Tormach and could make good quality parts myself, I had to redraw and reprogram using my own software.

I did everything with my own funds and didn’t borrow money to get started. It’s a slower way to go, but safer. 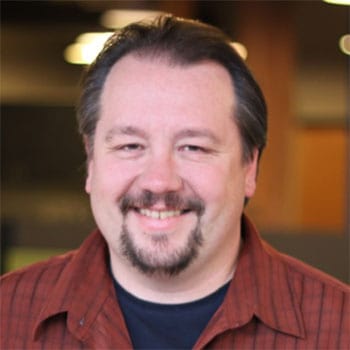 I became aware of CNCCookbook, and GWizard due to the fact that I just didn’t get feeds and speeds all that well, and I found a reference to GWizard on CNCZone.

In fact, recently, I just switched from a fogbuster coolant system to flood coolant. I also started to use carbide. I had tried carbide many times before, and usually wound up costing myself a pretty penny as I’d snap the darn things almost instantly. So, for quite a few years, I did everything with high speed steel.

When I was ready to “give it a go” I started up GWizard, selected my cutter, my machine and just couldn’t fathom the values it told me to use. I had to email Bob as I just couldn’t imagine using 90 ipm to cut. I have to thank you Bob, as I sucked it up, gave it a shot, and let my 770 go to town on a hunk of aluminum at 90 IPM with flood coolant. Bob informed me to just leave it on the Aggressive setting and see how it worked, so I did, and I was totally amazed. Your software and flood coolant has totally changed my machining. Only problem is that now I have to go back and change a bunch of programs! I guess the time savings will be worth it!

Anything else you want our readers to know about your business or story? 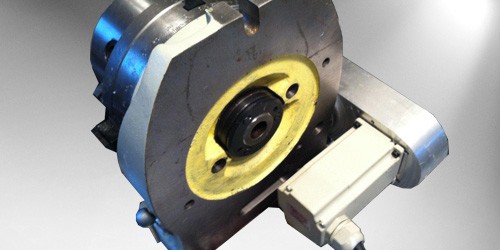 I also make a few accessories for Tormach, specifically their 4th Axis unit. I built a system for it that allows me to mount the 4th axis on the right side the table, far away from the tool changer. It’s another product available on our website.

It’s a unit that replaces the motor mount that comes on the 4th axis with a couple of pulley’s and a belt, which basically puts the stepper motor behind the rotary table. The nice thing about it is that it doesn’t require any software changes as the belt and pulley’s reverse the direction of the motor keeping the rotary table spinning the same way as if it were mounted on the left side of the table.

In addition to my own products, I really enjoy doing prototype work and helping inventors see their products become a reality.

Listen folks, if a man can create a business building something as complex and rare as Rose Engines, maybe your business can succeed too.  You won’t know unless you give it a try.