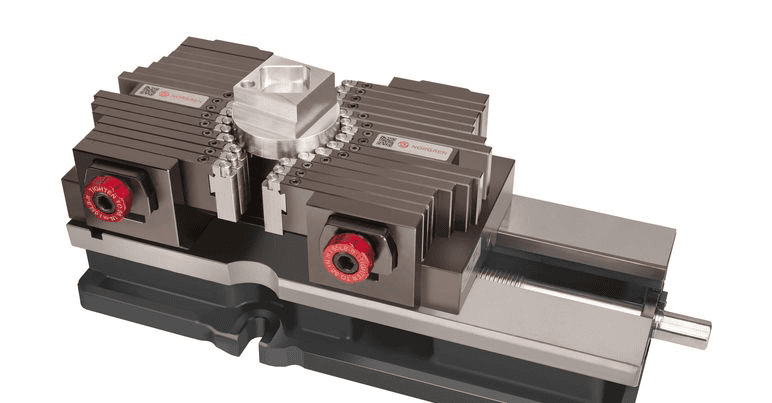 The other day I came across one of my new favorite workholding solutions.  They’re called “Adaptix™ Soft Jaws“, and they’re made by an outfit called Norgen Workholding in Saline, Michigan.

What are Adaptix™ Soft Jaws?

We’ve all used soft jaws on our milling vises.  They’re one of the most common workholding solutions available, and many shops couldn’t get by without them.

As fixtures go, they’re not that hard to machine, but they do take time to design and manufacture for a job.  So, shops will often store their soft jaws in case they need to make the part again.  You can even buy special soft jaw systems that are designed to make soft jaws quickly changeable with repeatability.

All this adds up to time and cost.

But what if someone made Universal Soft Jaws?  What if one set of soft jaws could fit virtually any part?  You wouldn’t need to machine them for each part.  You wouldn’t need to store a bunch of different soft jaws for future orders.  In fact, you’d just leave them on your vise so they’re ready to go the next time you use the vise on a new job.

Is such a thing possible?

You bet!  That’s exactly what the Adaptix soft jaws are.

Let me give you a quick idea of how they work with this video:

Install and Set Up Adaptix Soft Jaws on Your Vise

Installation of the Adaptix system is easy–they will drop onto your Kurt 6″ vise.  They also make a version for Schunk vises.

Once installed, you can tram them from the side plates as shown in the demo video.  You will then want to take a skim cut to establish uniform Z-height across all the fingers.  That’s it.  You’re now ready to use your Adaptix Soft Jaws.

Here’s a gallery of different parts being gripped in Adaptix Soft jaws so you can get an idea of their potential: 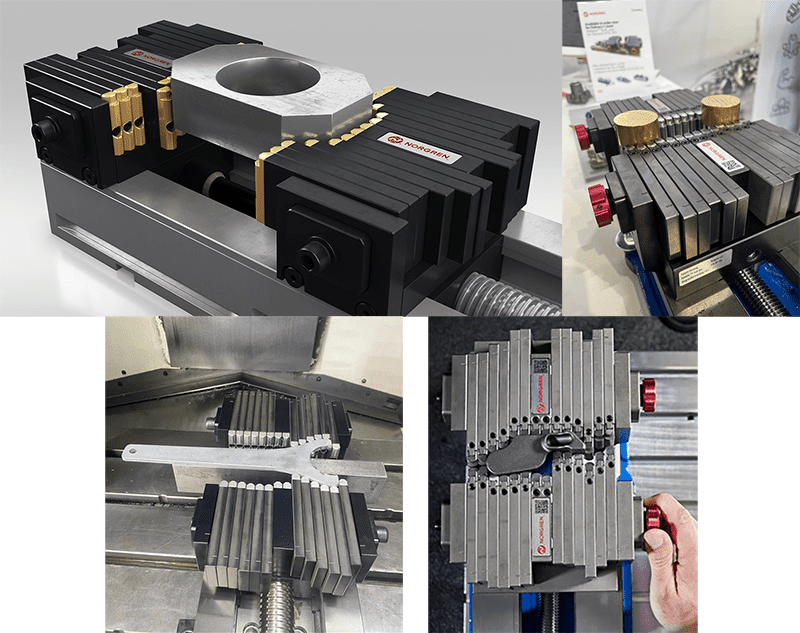 I really like what Norgren has come up with here.  It has the potential to be a real time saver, especially for shops that need Soft Jaws for one-offs and prototypes.  It’s one thing to amortize the cost of a set of soft jaws over 100 or more parts, but doing so for just 1 part is harder to justify.

Like so many excellent products, the Adaptix jaws are not cheap.  They run $5995 as I write this.  They claim the ROI will pay for themselves within 6 months.  It’s going to be a function of how many soft jaws you’re having to make over the course of a year for your jobs.  I don’t doubt a shop with decent volume will pay for them pretty quickly.

I plan to leave the Adaptix Soft Jaws on my milling vise and use them as much as possible, so we’ll let you know what its like living with them long-term.

Let us know what you think about them in the comments below.