Worried About Global Warming? Then Buy American Made (Or European, Or Japanese) 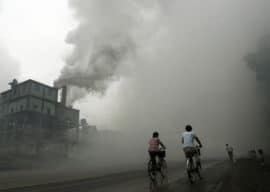 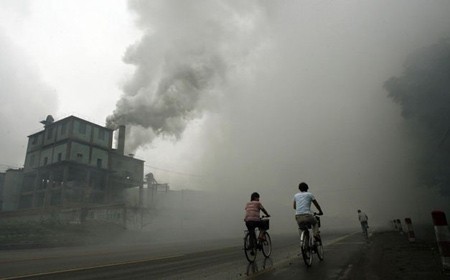 I was reading Gilbert Kaplan’s article recently on anti-Manufacturing forces in Washington, and why we can’t seem to make much progress helping out the Manufacturing Sector here.  Gilbert is a former official in the US Department of Commerce, and he makes no bones about there being strong forces against Manufacturing in Washington.  He names 5 constituents that makes sense on the face of it:

1.  Those US companies that view offshoring as part of a major competitive advantage.  He gives an excellent description:

First, we have the people who are making big money by moving manufacturing off-shore. This includes some retailers that make no bones about buying everything from the lowest price source possible, even if that means closing down U.S. plants and buying from producers that ignore even rudimentary environmental and labor laws. It also includes major U.S. multinationals that find it in their interests to move U.S. jobs abroad because of lower wages and because many foreign countries will give them big subsidies to abandon their U.S. roots and obligations.

2.  Those who believe in free trade, without restriction.  What I find most amazing about this camp is their willingness to push for free trade unilaterally, even when we’re being taken to the cleaners in various not-so-free ways such as currency manipulation.

3.  Those who believe foreign policy is more important than Manufacturing.  So, if we take any position against a trading partner in favor of Manufacturing, obviously that trading partner will be unhappy and this audience thinks we have to appease them.  I don’t know of a country more generous than the US in terms of giving away foreign aid, so you’ll excuse me if I can’t take this crowd too seriously.  Yet, they do act in their own self-interest to preserve their fiefdoms and so are part of the problem.

4.  Those who are part of international bureaucracies that regulate trade, such as the WTO.  He gives a particularly damning example of the WTO’s activites:

5.  Lastly,  many conventional economists have long argued that there is no reason to have manufacturing in the U.S. It is just as good to have service jobs, they say. But that argument, at its root, makes no sense. Service jobs do not spin off other jobs to nearly the same extent that a major manufacturing plant does. They are also generally lower paid, and they don’t spawn critical innovation and research and development.

Clearly, there are large and powerful lobbies in the Washington that are going to do nothing to help US Manufacturing.  Quite the opposite, in fact.

I think it’s important to be aware of what they’re doing, to expose their fallacies, and perhaps most important, to provide the public with as many reasons to believe in Manufacturing as we can.  Those of us in the Industry understand why it’s important at such a visceral level that I’m not sure we always give those outside the best reasons that they can understand and carry the message forward with.

This brings me to the title of my article.  Whether you believe that Global Warming is a problem or not, there are a very large number of people who do.  Interestingly, this has a bearing on Manufacturing.  It turns out that if you’d like to do something about Global Warming, one of the best things you can do is to be aware of the carbon footprint needed to manufacture the products you buy.  Oh, I’m not talking about great detail here–it’s adequate to understand at a country by country level.

For example.  Suppose you’re looking to spend $1 on something, and you have a choice between a Chinese-made product and an American-made product.  How can you decide which is better from a Global Warming standpoint?

The answer turns out to be pretty simple.  We can simply compare the carbon footprint by country of producing $1 in GDP.  That information is available on Wikipedia and in a number of other places.  Here are some excerpts:

–  US produces $2291 per ton of carbon dioxide emissions

So, the use is about 5X more efficient at limiting carbon dioxide emissions as China.  On average, if you spend your $1 on US goods, you’re going to save 5X the pollution.  At the same time, you’re helping to create jobs in the US.

One often hears dire predictions about Global Warming, but it is very seldom that one hears of something they personally could do about it.  Help get the word out.  Telling this story has been my stock response whenever I happen upon a Global Warming conversation.