Strengths and Weaknesses of the 16 Leading CAM Software Packages 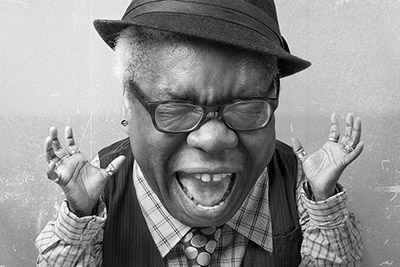 Picking the wrong CAM package can be a nightmare…

What sorts of things would you like to know before purchasing CAM Software?  CAM is often expensive, you’ll invest hours learning to use it properly, and it may make the difference between success or failure of your CNC project.  Odds are, the more you know about the various CAM packages you’re considering, the better off you’ll be.

This article presents a different kind of analysis of CAM packages because it’s based not on our view of the packages, but on the views of real users of the software as determined by our 2015 CAM Market Share and Usability Survey. The ratings and information here are drawn entirely from those survey responses.  Moreover, when we ran the survey, the questions were open-ended.  We didn’t pick categories, we simply asked folks to tell us the 3 things they liked most about their CAM software and the 3 biggest frustrations they were having with it.  The results give an unprecedented view into how real users react to the various packages.

Despite there having been more than 16 packages surveyed, we decided to only cover the Top 16 in order to ensure there were enough responses for each package to allow meaningful analysis.  We cover the packages by market segment just as in the other analyses. We’ve rated each package in this report on:

We binned responses into these categories to make it easier to compare the reaction across packages.

Let’s start by seeing which areas were most likely to receive positive comment.   In order of popularity:

The numerical index gives an idea of relative popularity. Ease of Use was mentioned nearly 8x more often than Value, for example. Or, looked at another way, Ease of Use trumps quality of Toolpaths for many in this audience.

What goes wrong with CAM Software?

The areas most likely to receive negative comment were, in order of popularity:

One can conclude that the biggest problem the CAM area as a whole faces, is Ease of Use, followed pretty closely by Post / Setup problems, which are something of a specific area for Ease of Use. It’s disappointing to see Bugs scoring so high, but one of the reasons people buy our G-Wizard Editor is to simulate the CAM generated GCode so they can get a second opinion on whether there are bugs.

Looking at these two categories together, it seems that many just want a CAM package that’s easy to use (and Setup / get the Post working), has decent Toolpaths, and decent integration with their CAD package.  It doesn’t seem too much to ask for, yet the fact these things are coming up in the survey indicates they are not as common as CNC’ers would like.  Having all that goes a long way!

I was also interested to see how high Feeds & Speeds rated on the list of Biggest Headaches.  Again, this was unaided.  Nowhere in the survey were users asked about Feeds and Speeds.  But a great many wrote it in as a problem for the package.  Feeds and Speeds are hard to do and most every CAM package does a pretty lousy job with them.  Toolpaths and the ability to achieve good Material Removal Rates are really hampered by poor Feeds and Speeds, hence it ranks nearly as high.  Do yourself a favor and augment your CAM package with a product like G-Wizard Calculator that can really do Feeds and Speeds well.

Readers who read the initial analysis of the CAM Survey will recall that we divided the packages into 3 segments:

Here are the overall winners in each feature category for the High End Segment:

Clearly Edgecam, HSMWorks, OneCNC, and Mastercam get the high marks from their users in this market segment.

We’ll be publishing a PDF report with a full breakout of the Strengths and Weaknesses of each package in the next couple of days.  Details on how to get your copy will be at the end of the article below.  We’re breaking out that detail into another report because to do that level of analysis on 16 CAM packages results in a detailed 19 page report–way too long for a blog post.  But I did want to give one sample profile here so you can see what the report will contain.  Edgecam won the most categories and scored the highest customer satisfaction in this segment, so here’s what their profile in the report looks like:

30% of those who tried it adopted Edgecam. Their customer satisfaction score was 1.50—highest in this segment.

Summary: Great Toolpaths and CAD Integration as well as good Simulation are Edgecam’s biggest strengths. In addition Customers like the Feature Recognition / Templates and find Posts and Setup are easier than most CAM. Weaknesses indicate not everyone agrees the CAD Integration and Ease of Use are as good as they could be and Feeds & Speeds need help. With so many areas well regarded and so few negatives, it isn’t hard to see why Edgecam does so well on Customer Satisfaction.

Note:  To win the category, “net” scores were used.  For example, Edgecam had almost equal numbers of users that liked (33%) or complained about Ease of Use (33%).  They cancelled one another out, so this was not called out.

The highest Customer Satisfaction Score in this category went to Aspire, so here is its profile:

43% of those who evaluated Aspire wound up buying it. Customer Satisfaction Score was 1.40—the best in this class.

Summary: Biggest strengths would be Toolpaths. Weaknesses are CAD Integration / Features, Ease of Use, Stability, and Feeds and Speeds. But these weaknesses are not felt strongly as Aspire has the highest customer satisfaction in its class.

We were very pleased to see MeshCam won Ease of Use.  We’ve been saying it’s the World’s Easiest to Use CAM for some time and it seems MeshCam users agree.

Since the Highest Customer Satisfaction went to HSMWorks (Fusion 360), here is its profile: 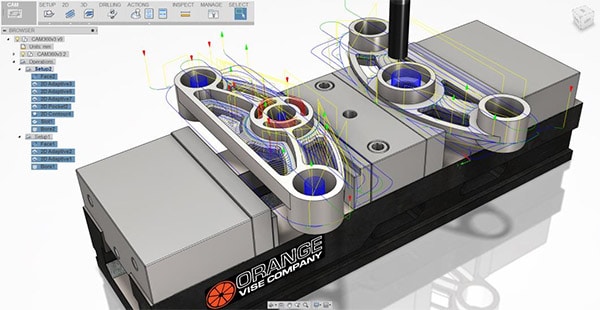 This has been an unusual way to review CAM Software since the actual users were the reviewers and we just reported what they thought.  There are a lot of great packages out there with differing strengths and weaknesses.  As mentioned, we will shortly have a detailed 20+ page PDF report you can download that has all of this information plus the detailed profiles on the 16 most popular CAM packages.

To get your copy, you need to be a CNCCookbook newsletter subscriber.  You can sign up right below just by giving us your name and email.  You’ll receive a weekly email digest of our latest blog posts plus a link to a page that has the detailed report I mention plus a number of other special resources we offer our newsletter subscribers.  Go ahead and sign up now and you’ll get the link to the page.