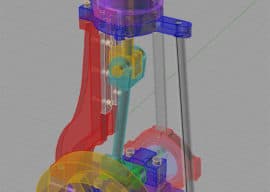 Here’s one from my archives.  It’s not finished, but wouldn’t take much to finish it up and start machining.

This project was inspired by the Engineman’s (John Bentley’s) gorgeous naval brass version of the original Stuart Turner steam engine. The proportions of this model cannot be faulted, and I’ve had a hard time trying to make sure my version is at all true to those aesthetics.

The 3D model has been pretty far along for some time but I am just now getting an update posted: 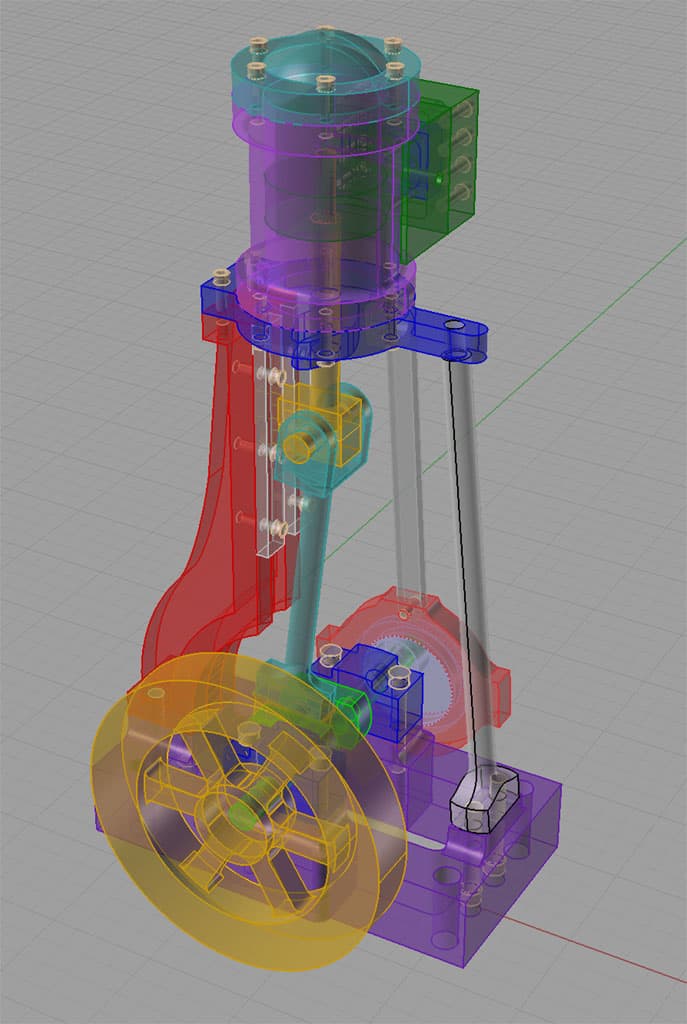 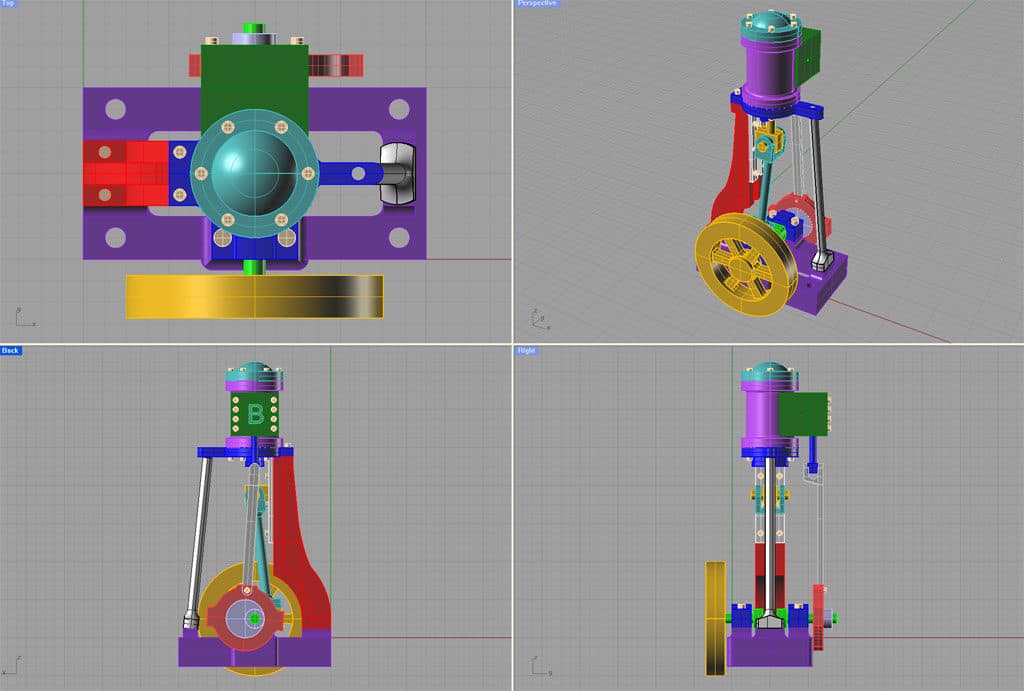 I’ve started by creating a 3D solid model of the engine using Rhino 3D. As of July 13, 2008, this was the current status of that model: 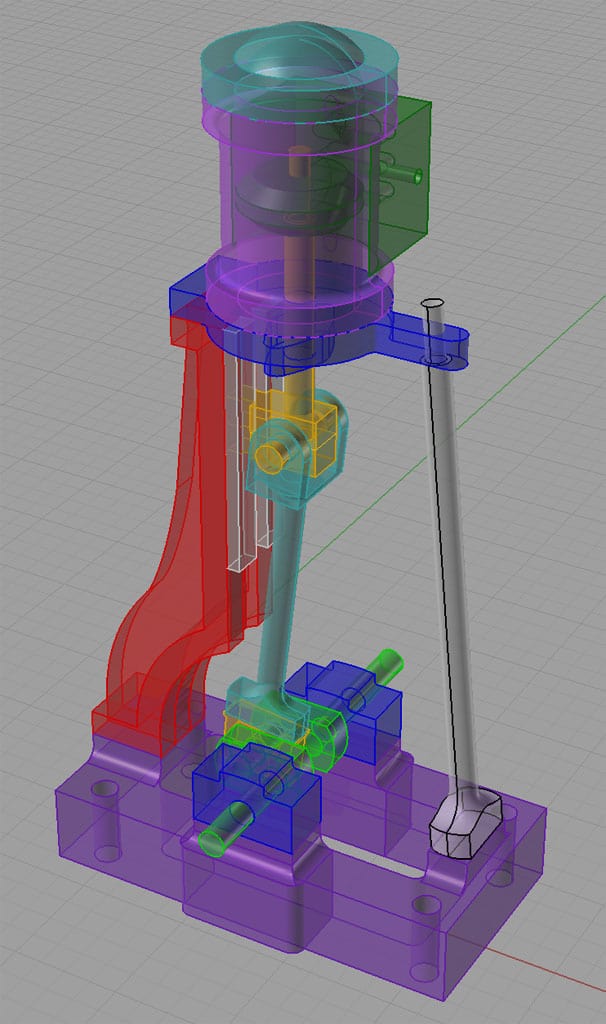 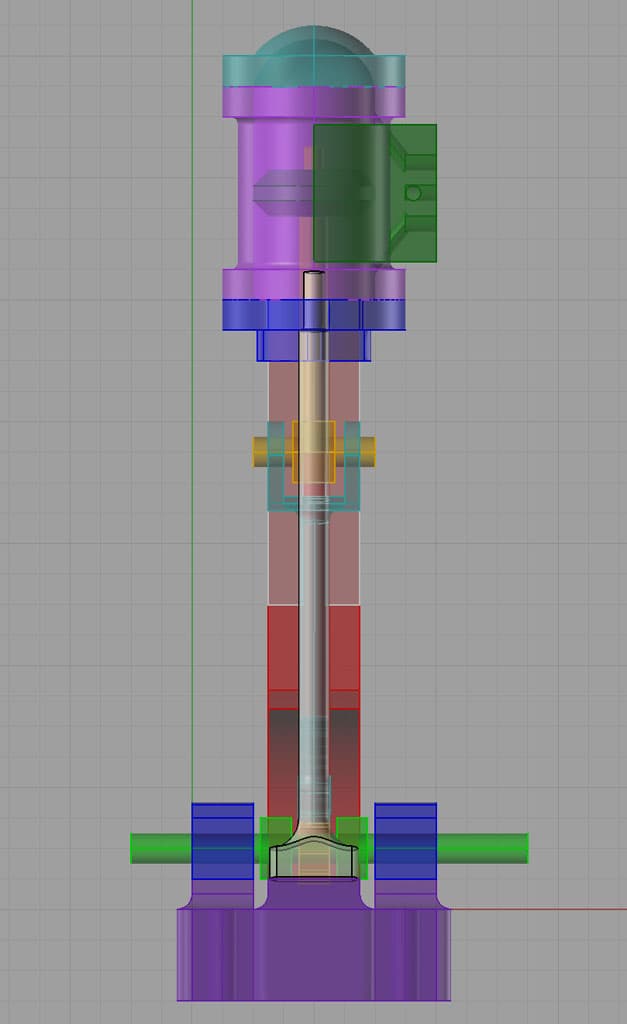 It took me about 7 hours of work with Rhino to bring the model to this stage.

Redesign of the Steam Passages and Hot Rod “Porting” Job

The astute observer will note, as several have, that the piston in the above renderings is very strangely shaped. This was to provide clearance for the steam passages. Someone suggested I could vertically mill a groove into the wall of the cylinder to eliminate the bizarre piston shape and I thought it a good idea. I took things a step further since I’ll be using a CNC and did a full “porting” job: 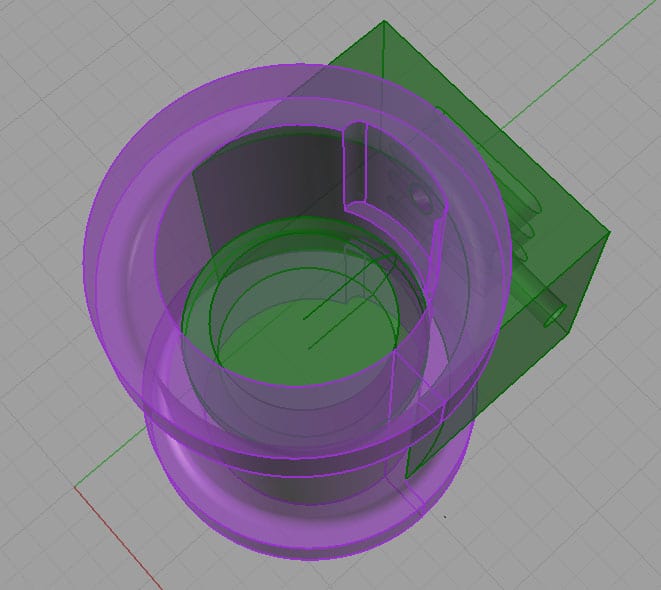 In this improved design, a 1/8″ diameter end mill cuts a short arc into the cylinder wall to provide clearance for steam entry around the piston. This will also simplify and clean up the steam box, as well as eliminating a difficult setup that would have drilled the ports at an angle to position them closer to the ends of the cylinder.

Click here for a page describing how I accomplished the “porting” in Rhino3D.

– Cylinder mount has an extra bolt hole adjacent to standard.

– Slide valve has an interference with the eccentric rod

– Crankshaft length needs to be adjusted at either end

Encyclopedia Titanica: Article on Titanic’s Steam Engines: Great diagram of how a Stevenson Linkage works on a slide valve engine.

Maximizing the Efficiency of Steam Locomotives: Interesting data on how to make your steam engine more efficient.