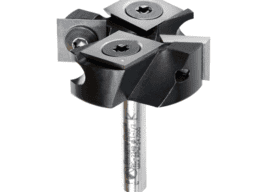 What is a Spoilboard Cutter?

This is an Amana Tool RC-2249 Spoilboard Cutter: 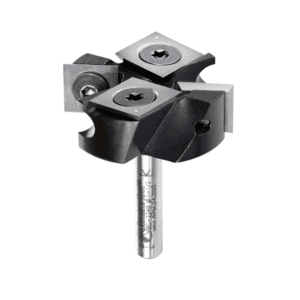 It’s used to quickly flatten (also called “surfacing”) large areas with a CNC Router.  For example, to clean up your spoilboard.

Why clean up a spoilboard?

In order to make sure your cut goes all the way through your workpiece, you will typically specify a cut that’s a little deeper.  So, if you’re cutting 1/2″ plywood, you might specify the cut goes to 0.600″ rather than 0.5″ deep.  That’s going to leave a groove in the spoilboard under the workpiece.  At some point, the surface becomes so groovy (did I really just say that?), it isn’t properly supporting the workpiece.  That’s when  you need to surface the spoilboard.

Some people feel you should just replace a spoilboard rather than spend time on cleanup.  But, it’s also a good idea to surface when you first install the spoilboard.  Taking a very light cut will ensure that the spoilboard is absolutely the same distance from the tip of the spindle wherever the spindle is.  In other words, it ensures the spoilboard creates an accurate plane with a constant Z position.  Just dropping a brand new piece of MDF or whatever spoilboard you use on the CNC Router table does not ensure this.

If you want to work accurately, you need to surface your spoilboard.  If your spoilboard isn’t a flat plane to your spindle’s XY travel, your workpiece can wind up with variable thicknesses.

Other uses for a Spoilboard Cutter

Anytime you want to surface a large area, a spoilboard cutter can be a good choice.  Think of it as the equivalent of surface planing.  In fact, another name for a Spoilboard Cutter is “Planer Bit”.  Perhaps you don’t even have a surface planer and want to use your CNC Router instead.  No problem, stick your Spoilboard Cutter in it and go.

Great examples are any time you are gluing boards together to make a bigger surface.  Maybe to create an end grain cutting board.  You can use your Spoilboard Cutter and CNC Router to make your cutting board flat on both sides.

How to Choose the Right Spoilboard Cutter for Your CNC Router

In general, you want to balance a few trade-offs.

You want to choose a cutter that is well-suited to your machine.  Smaller CNC Routers, especially, can’t handle bigger diameter cutters with too many flutes (cutting edges).  So keep it simple and save your money.  Larger CNC Routers can benefit from larger diameters, fancier geometries, and so on.

As a quick guide, in the chart of spoilboard cutters below, we list the power required to run each cutter at its maximum width on a 1/8″ deep cut.  Pick a cutter that won’t max out your spindle power under those conditions.

How to Use a Spoilboard Cutter

Once you’ve chosen a good cutter for your CNC Router, the next question would be how to use one properly.

Your first and most important consideration is to take conservative depths of cut.  Unless you have a very stout industrial CNC Router, you won’t get close to the edge height for your cut depths.  Try to keep Cut Depth down in the neighborhood of 1/8″.  If that’s too radical, go down to 1/16″.  You can always take multiple passes if you need to remove more material.

The second consideration is how you enter the cut.  The absolute best way to do it is to arc in from the edge.  Entering on an arc rather than just plowing straight in gives a much gentler entry which will produce less vibration and a better finish.

You probably want to avoid going the full diameter, and oddly, you also should avoid half diameter for best results.  I like to shoot for about 2/3’s diameter for my cut width or 80% if you really are in a hurry.

Starting with G-Wizard version 5.042, G-Wizard Calculator has built-in support for all of the popular spoilboard cutter listed below.  You’ll be able to figure out your Feeds & Speeds for these cutters right out of the box.  Here’s how it works:

If you don’t see the Spoilboard Cutters crib listed among your available cribs, click the “Download” button on the Tool Crib screen.  It’s located on the bottom row of buttons, towards the right, almost directly above the property list.

After a few seconds, all available Tool Crib tables will be downloaded.  Check the table list again and it should be there.

To Figure Feeds and Speeds

Figuring Feeds and Speeds is easy.  Go to the Feeds/Speeds tab and select the Spoilboard Cutters tool crib.  Then select your desired cutter.  Now you just need to make sure your machine, the material you’re cutting, the Cut Width, and Cut Depth are specified.

These cutters are only intended for Wood and in some cases Plastics.  Don’t try to use them for anything else.

Specify a cut depth of 1/8″ or less.  Set your cut width to the width of the passes you’re making.  I recommend a pass about 2/3’s of the cutter’s width.  Now you should be able to read off your feeds and speeds.

If you’re seeing any red displayed, check the Cheat Sheet to see the cause.  You may have selected a spoilboard cutter that’s too much for your machine.  Try reducing your depth of cut.

We recently surveyed CNC Router users to discover the most popular Spoilboard Cutters. 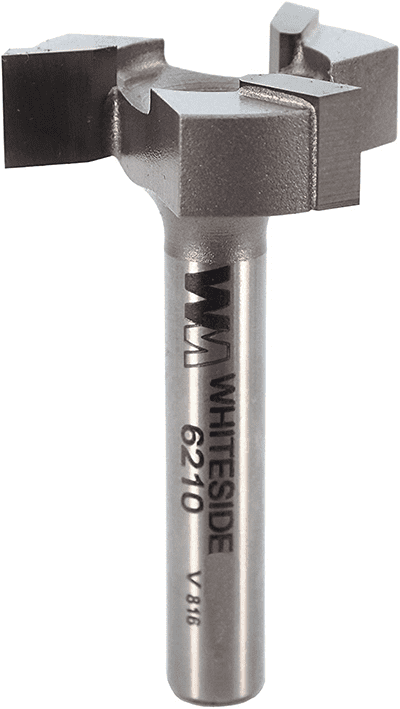 This cutter uses replaceable inserts.  It’s “2+2” insert design makes for a smoother finish at the bottom of the cut. 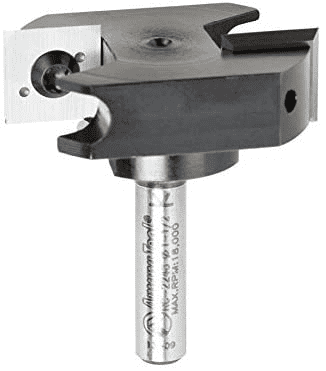 This cutter uses replaceable inserts.  Think of it as a less expensive version of the RC-2249, without the “2+2” insert design.  It won’t make cuts as smooth as the 2249, but it is cheaper, though still not cheap versus others on this list. 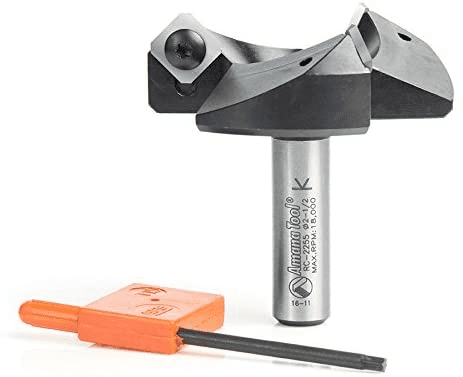 This cutter uses replaceable inserts.  It’s larger diameter, 3rd flute (insert), and bigger shank shows it is for larger routers with higher capacity spindles.  The 45 degree lead angle prevents it cutting square shoulders, but will give it a smoother cut and a faster feedrate for higher productivity.

This cutter uses replaceable inserts.  It’s “2+2″ insert design makes for a smoother finish at the bottom of the cut.  This is basically the same cutter as the RC-2249, but with a 1/2″ shank instead of a 1/4” shank. 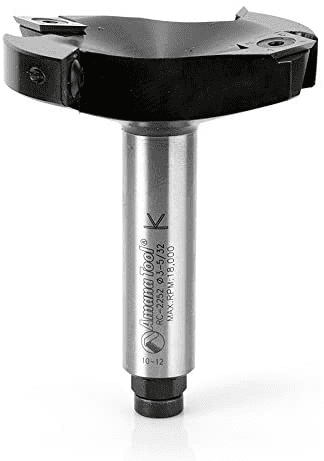 This cutter uses replaceable inserts.  Of the popular spoilboard cutters in this article, this one is the Beast.  Use only with an industrial grade router and spindle.  It’s a 2+2 design, so it will produce cleaner cuts at the corner. 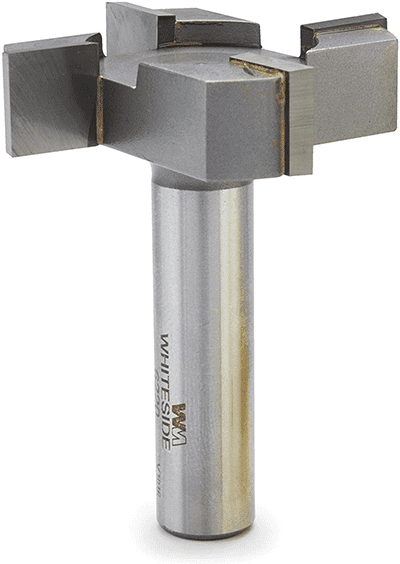