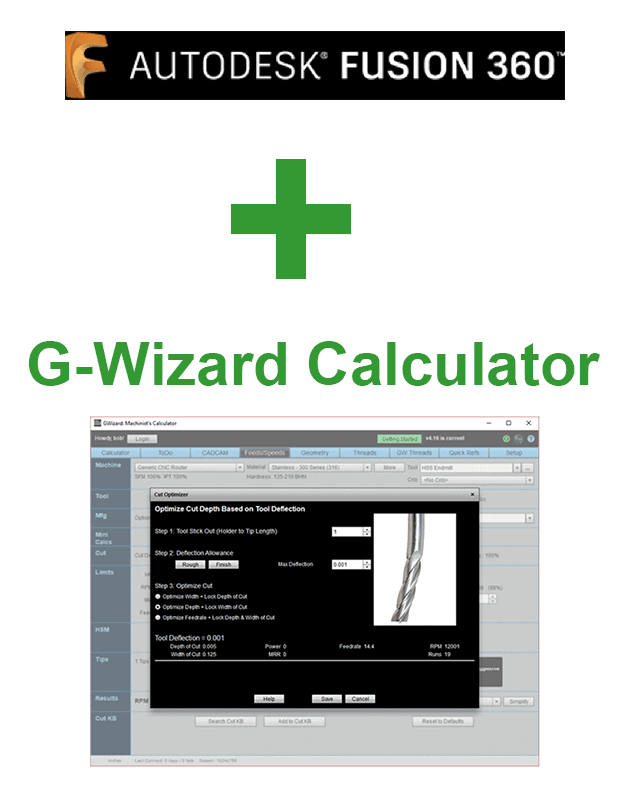 I’m excited to report that Fusion 360 Tool Library Import for G-Wizard Calculator is finished and out of Beta Test!

I just uploaded G-Wizard v4.996, which has the final incarnation of our F360 Tool Library import function. It’s been tested against thousands of tools and I do not having any open bug reports from the field.

Here’s how it works: 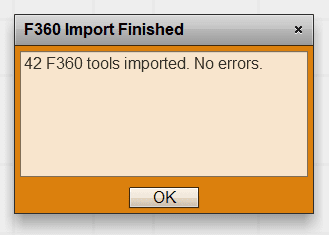 It tells you how many tools were imported and how many errors were found during import.  G-Wizard will log an error for anything it doesn’t understand in your F360 Tool Library.  I tested it against a couple thousand tools in the libraries you provided me, and G-Wizard was able to bring in 98% of the tools without errors.

I have also updated the G-Wizard Tool Crib Documentation page to bring it current with all features.

I want to mention one area I did not choose to move forward on.  I really wanted to be able to pull in manufacturer’s feeds and speeds recommendations from F360 files.  A lot of manufacturers are now offering Tool Libraries with their full catalog in that format.  Alas, I discovered no useful feeds and speeds data there.  In fact, some of the manufacturers were setting those fields to essentially nonsense values to make sure nobody used the Libraries for that purpose.

I’ve said it often, but CAM Software generally does a very poor job with Feeds and Speeds.  If it didn’t, I wouldn’t have much of a business with G-Wizard I suppose.  The problem getting this data out of F360 Tool Libraries is not really unique to Fusion.  In general, CAM Software is just not set up well for Feeds and Speeds.

A big part of the problem is that Feeds and Speeds is not a database problem.  You will get very sub-optimal results trying to store the ideal RPM and Feedrate for a particular tool.

G-Wizard considers over 60 variables when it figures out Feeds and Speeds.  Imagine trying to create an entry in a database for every combination of 60 variables.  It’s going to be a gigantic unmanageable beast very quickly.  You’ll either track far too few combinations because it is too hard to track them all, or far too many to the point where it is confusing and hard to manage.

Aha!  That’s why G-Wizard is a Good Thing!

Yup, at least that’s one of a number of reasons.

Those of you who don’t use Fusion 360 are no doubt wondering whether G-Wizard will be able to import your CAM software’s tool libraries too.  I will be adding support for more packages soon, I promise.

But first, I want to finish the work I’ve had going on in the background to enable the CADCAM Wizard to choose what tool to use from the Tool Crib.  Now that we have F360 import, there should be a lot more folks using the Tool Crib, so I want to flesh out the full functionality before I broaden to cover more file formats.