What If Kids Had 3D Printer Stands Instead of Lemonade Stands? 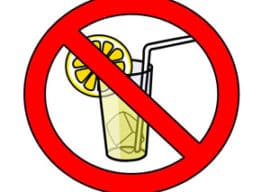 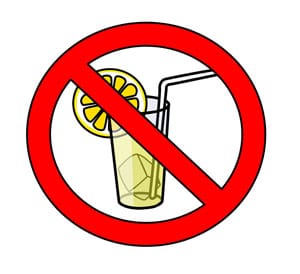 I must say, CNCCookbook’s new Rostock 3D Printer has attracted more attention from non-CNC friends across all age groups than any other thing CNCCookbook has done.  Part of it is that there’s been an awful lot of hype around 3D Printing, but part of it is I show them an iPhone case made with the 3D printer and they instantly put two and two together and want their own custom phone case.  This got me to thinking about what the economics of the 3D Printer are and from there I went on to wondering how well kids could do with a 3D Printer Stand instead of a lemonade stand or other “Kid Friendly” business.

Back in the day I remember traipsing all over town going door to door and offering to stencil paint people’s street number onto the curb by their driveway.  We did pretty well (for kids incoming anyway) until some high school kids showed up with a car and managed to engulf all the unpainted territory much faster than we could access it.  Those darned big companies are always messing with us little guys!  What I’m wondering is whether this kind of a business would work for kids.  What would be the actual cost to print a custom phone case, and therefore how much would they have to charge to make a profit on a case?

Just imagine, the kids set up and promise to make custom phone cases for common phones.  It’s not that hard to do once you’ve got the basic template for a particular phone, assuming all you want to do is add some text cutouts to customize the case and don’t get too crazy about the art.  Wouldn’t every small business owner want one that salutes their business?  Wouldn’t friends want them?  Certainly relatives would.  Perhaps the idea has promise.  After all, to read the headlines, you can do anything with 3D Printers.  Heck, they seem to build houses with them in China.

Here is the sort of phone case I am talking about: 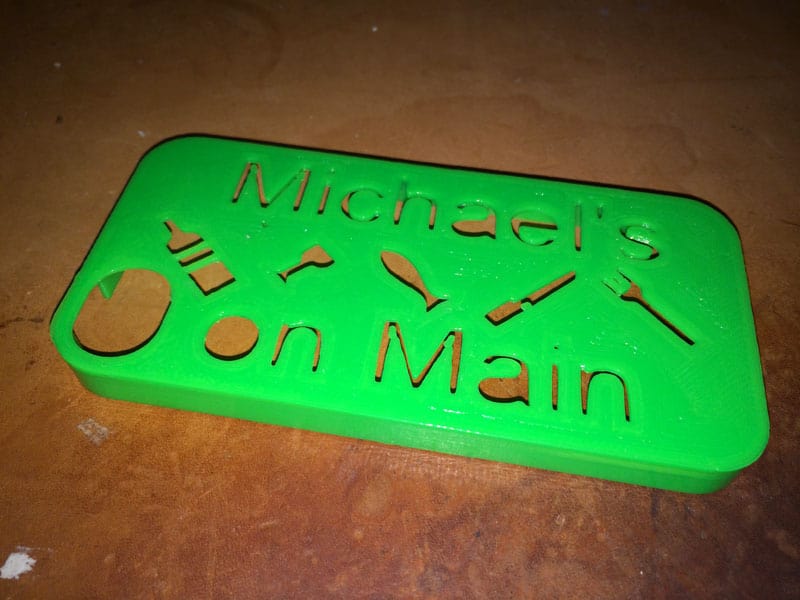 Answering the cost question is certainly a job for CNCCookbook’s CADCAM Estimator.  Pop over to the link to get a free 30-day trial if you want to follow along with us here.

I had already calculated that the filament used to print one of my phone cases is a little over $1.  Let’s assume it is $2, just to be conservative.  We’ll then plug in the figures on the 3D Printer’s costs to see what kind of an hourly shop rate we should be charging for use.  You can access the CADCAM Estimator’s Machine Hourly Rate Calculator from the Setup Page on the Machine Profile.  I’m going to create a bogus profile for the 3D Printer and then use the Hourly Rate Calculator from there.  Here is the result: 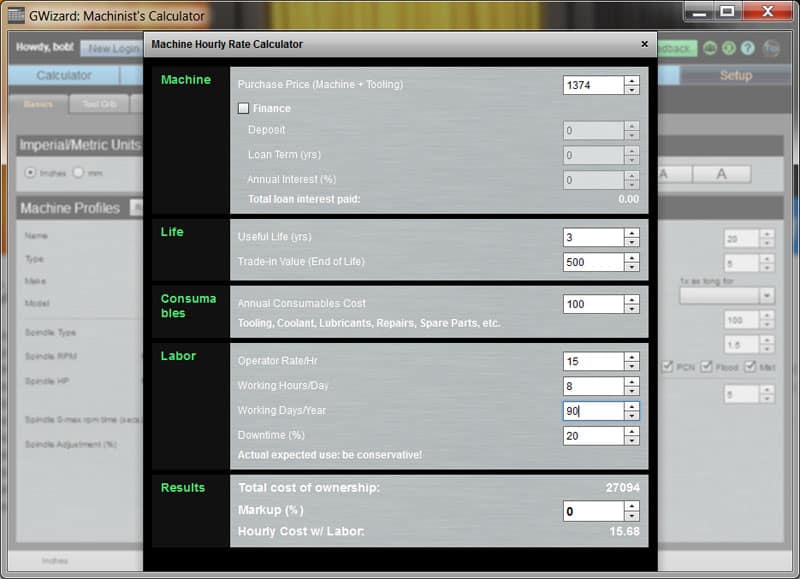 The hourly cost to run the 3D printer…

Some assumptions were made:

–  I used the price of the fully assembled Onyx rather than my Rostock kit so as not to have to account for the cost of the time to build a kit.  My hourly rate is high enough that it would be cheaper to buy a finished printer!

–  I gave the printer a useful life of 3 years.  If the kids can actually maintain interest in this business for that long, it’d be great.

–  I assumed they would only work 90 days out of the year–they’ve got school and other pressing things to attend to.

–  I assumed a fair wage for the machine’s operator was $15/hour.  The operator would of course be another kid.  In all likelihood, my daughter would be the CEO and my son would be drafted into making the prints.

–  Some modest downtime assumptions and modest consumables costs were covered.

The bottom line is the machine costs a little over $15 an hour to run.  Round that up to $16 and we have a reasonable starting assumption.

Now the phone case pictured above takes about 2 hours to print–a little less, but I am rounding up in the interest of conservatism.  We’re almost there on the cost issue, with the remaining cost issue being the cost of CADCAM Programming.  A customer tells the kids what they want carved into the back of the case and the kids have to make that happen with CAD software.  Let’s say that’s 1 hour and we’ll pay the brother $15 for that too.  Now we can tally up the costs:

All told, we’re going to lose money if we don’t charge at least $49 for the case.  The brother winds up making $45 for 3 hours work, so we have to tack on some sort of a profit for the sister who runs the business.  I’m thinking maybe $20, so the “retail” cost of the case is $69.

Is that a business they can run with?  Seems kind of expensive.  Classic lemonade stands are typically subsidized by the parents, so we may be able to save a little bit, but realistically, most of the cost is in labor since the darned printer is so slow.  So let’s say these are enterprising kids and dad will subsidize their purchase of a printer farm.  Let’s further suggest that while it takes 2 hours to print, our operator (the brother), can stay on top of 4 printers.  Effectively, that reduces his hourly rate per printer to 1/4 what it was.  Here’s our new cost schedule:

Now I wonder if the kids had one of those new Nomad CNC Mills, how would that cost out compared to the 3D Printer?  Anyone care to run the numbers?