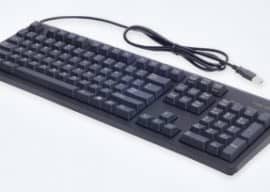 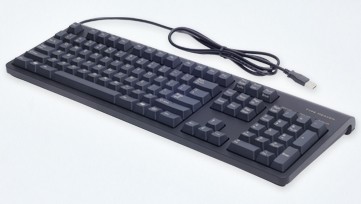 Every 2-3 years, I manage to wear out a keyboard.  With nearly 3000 articles written for CNCCookbook and countless emails responded to, I guess that goes with the territory.

Normally, I don’t think too much about what keyboard to buy, I just head over to Staples and get whatever they have.  This time I decided to order online, and while I was at it, I checked around for some reviews.  Was there some ultimate keyboard that wasn’t too expensive I could try?

Turns out there is–Topre is a Japanese company (machinists will be familiar with the quality of Japanese machine tools) called Topre that makes what they call “Realforce” keyboards.

If you poke around on the Internet a little bit, it doesn’t take long to discover these keyboards practically have a cult following.  If you do a lot of touch typing, they’re wonderful.  The feel is lighter (30-55 gram models available versus 50-60 grams for the average membrane keyboard) and smoother.  These things have a precision feel I haven’t come across since I last had an IBM-made keyboard years ago, but they’re not clacky like the old IBM PC keyboards.

The feel is due to a non-contact mechanism that uses a capacitive switch instead of closing a set of contacts.  To top it all off, the thing is built like a battleship.  It stays where you put it on your desk.  That’s nice because I am constantly juggling the keyboard, my mouse, a coffee cup, and a ton of other things in a small space.

Best of all, my fingers are less tired by the end of a long day of typing, and I seem to be able to type a little faster and with fewer mistakes.  The shape and layout of the keys is just perfect for me.

Topre sells a bunch of different keyboard models, and some are pretty expensive.  As in $250 plus expensive.  I loved the idea of these keyboards and all the positive reviews I came across, but I just couldn’t stomach such a high price.

But, I kept poking around and eventually discovered the “Type Heaven” model, which is intended to be the entry-level Topre keyboard.  It can be had on Amazon for a price of about $150.  That’s still a premium compared to the keyboard I just wore out, a Logitech model that cost about $50 bucks, but it was more approachable than their flagship models.

My other concern was whether the Type Heaven would have that real Topre feel.  The reviews said it did, and in fact a number of the reviewers sold their more expensive Topre keyboards, bought Type Heaven’s, and pocketed the change.

So I took the plunge, the keyboard arrived two days ago, and I have enjoyed using it every minute since.

Keyboards are pretty boring, but being machinists, we all like nice tools.  For a wordsmith like me, a keyboard is an essential tool, and mine just got a whole lot better. 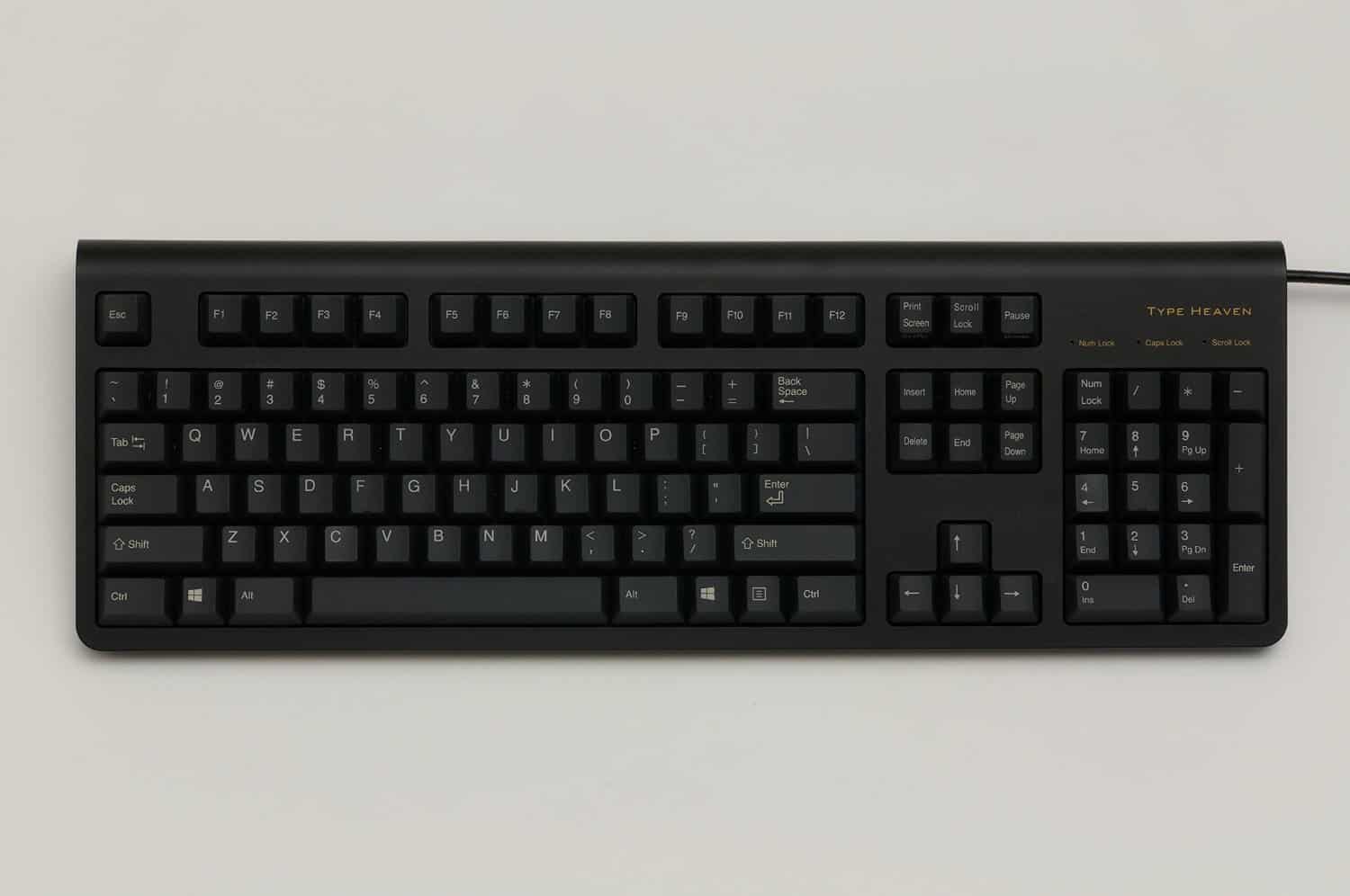 Have any of you dear readers tried a Topre keyboard?  Tell us about it in the comments below.