How the Pros Finish AR-15 Lower Receivers for Profit 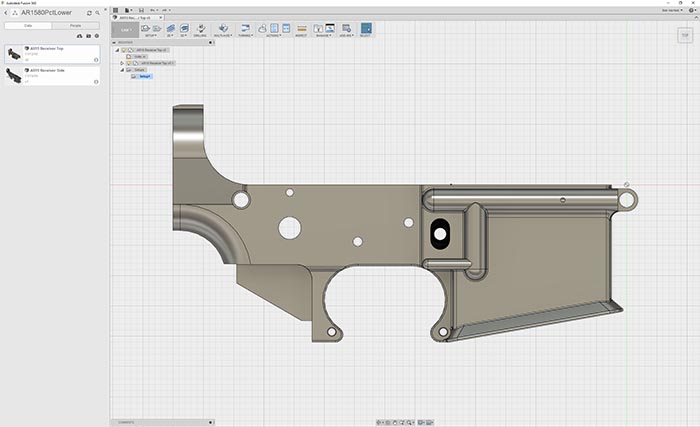 We have a lot of readers who are interested in firearms, and I’m a shooter myself, so I thought I’d pass along this fascinating video about how a pro shop goes from a forged 80% lower to a finished AR-15 Lower Receiver:

This video was done by Palmetto State Defense, LLC, and it shows a number of operations as well as their fixtures for finishing 80% forgings on their VMC.

I love to watch and try to learn things from videos like this.  On this particular video, I saw a number of things that I found interesting.  Here are my thoughts as I watched it, stream of consciousness style:

Please don’t take my comments as critical of this machining process.  It’s a very sophisticated setup, and I’m just curious about it.  I would love to hear your own thoughts about it in the comments.

Being an entrepreneur, I’m always curious about the economics of an operation like this.  Palmetto sells the forged 80% lowers that are the starting point for $79, presumably at a profit.  They sell the finished lowers for $149, presumably for an even larger profit.

The question in my mind is, “What was the cost to machine the lowers?”  In the end, it’s a 15 minute cycle time to finish 4 receivers, so it’d be a function of this machine’s hourly operating cost. 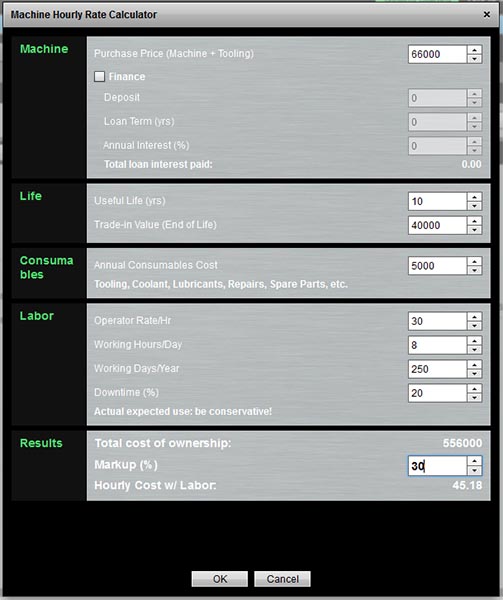 I get an Hourly Cost Estimate of about $45/Hour by doing the following:

So, the machining cost for these lowers is about $12 by that estimate.  That’s probably low as most of the assumptions I’ve made in the Calculator were probably not conservative enough and we have no allowance for setup time either.  But, even if that hourly cost is too low, there’s pretty good margin on these when you consider the $79 forged blank they started with had some profit built-in too.

One last thing that I know someone will bring up if I don’t–the conventional wisdom is that you make AR-15 lowers on a Horizontal Machining Center for best margins.  Since it seems clear these folks are making money doing this on a VMC, it just underscores they did a great job setting up this job on their VMC.

See how to make a gun barrel in our gun drill article.