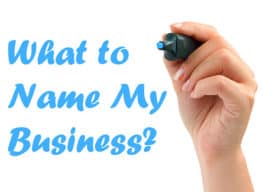 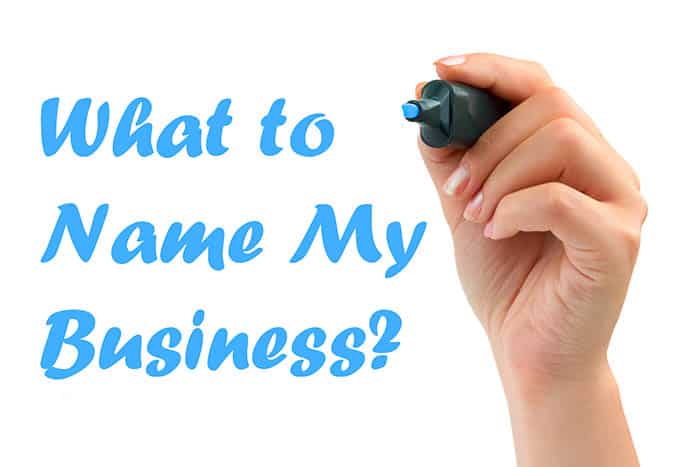 This article is part of my series helping entrepreneurs to launch and grow their businesses.  The original is over on BobWarfield.com.

Early in the history of any new business comes the naming decision.  You’ll need a name as soon as you create a website or blog.  Naming a new business is something many entrepreneurs obsess over.

They’re right–the business name is important.  You want to choose a name that will be good forever.  Changing names is a messy business that’s expensive and fraught with peril.

I remember the first time I named my business.  I was fresh out of college and needed to raise venture capital.  We needed a name before we could call on the investors.  I let my attorney suggest a name, and I didn’t know it at the time, but the name was terrible!

That company started out as “Interface Technologies Corporation”, which we quickly abbreviated to ITC.  I think we preferred the abbreviation to avoid explaining over and over again what it meant.

My next naming opportunity came when it was time to pick a name for the product.  Things went a lot better as we got everyone in the company together and went to a bar at about 4pm in the afternoon. The deal was we weren’t leaving until we had a name everyone agreed was good.  And we did come up with a name that was WAY better–that product was “Farsight.”

Infoworld Farsight review from 1986.  Yes, I’ve been an entrepreneur for quite a while, LOL!

It sounded very cutting edge at the time.  That was good enough, and we didn’t worry about people figuring out what it meant.  This was long before Google or even its predecessors existed.  This was a time when we marketed via advertising in the magazines of the day.  That ensured we had time to explain what it meant.

Over the years, things have only gotten better.  Names are important, and while choosing a name is not exactly a Science, it’s also not a total Black Art.  By the way, everything in the article about naming a business applies to naming a product.  That’s because in both cases, you’ll be investing in building up a brand.

You can pay a small fortune to have a professional firm come up with a name for your company or product.  Costs for good firms start at about $80,000.  From some perspectives, it’s darned well worth it, but you’d better be pretty flush with cash to go that route.  Think Silicon Valley Venture Capital kind of flush with cash.  When you’re spending millions, it probably is worth it.

But, your business name doesn’t have to do everything.  It doesn’t need superpowers.  If it is whispered in a crowd, don’t expect thousands to flock to  your website.  Don’t expect folks to buy whatever it is you are selling just on the name.

There are very few (if any) business names that evoke that kind of result.  At best, a great brandcan do it, but there’s much more to a brand than a name.

The role of your business name can be much more modest and you’ll still be successful.

Read the rest of the article over on BobWarfield.com.  I’ll tell you the real role of your business name along with a detailed step-by-step plan to find a great name and secure it.